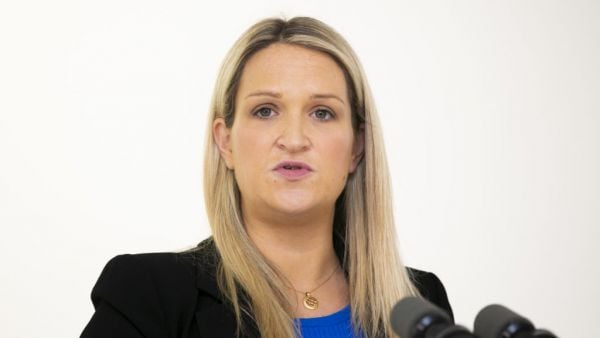 Minister of Justice Helen McEntee, in her speech to the Fine Gael Ardfheis, has blasted Sinn Féin as “a party full of hypocrites”.

As the Irish Examiner reports, speaking ahead of Tánaiste Leo Varadkar’s speech to delegates, Ms McEntee said the “dangers of Sinn Féin are clear”.

“They are a party of hypocrites who block local housing,” said Ms McEntee. “A party who cynically want to keep people down — just so they can go up in polls.”

“Who in Europe would Sinn Féin speak to — or should I say, shout at? They’d isolate Ireland in the EU through their alliances with fringe groups, extremists, eccentrics, and Putin sympathisers.

“Sinn Féin asks the Irish people to trust them. To trust the defenders of murder and mayhem. To trust a party which refuses to return donations from gangland criminals.

On Varadkar, who will become Taoiseach again next month, Ms McEntee said that he had led the country “through the darkest days”.

“Leo led our country in the most difficult of times — through Brexit, through the darkest days of Covid. We face a period of war and uncertainty abroad and anxiety at home.

“With his experience and his judgment, I know he will again lead our country with determination and vision.”