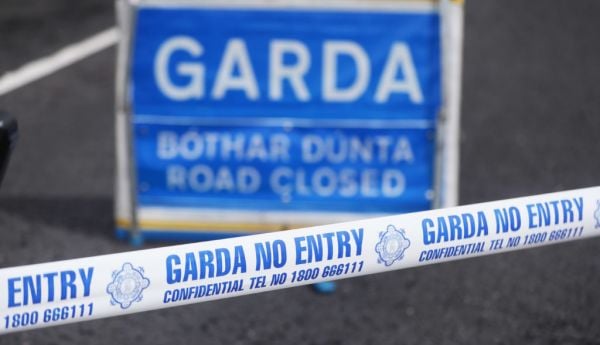 A teenage girl is fighting for her life in hospital when the car she was sitting in was stolen from Green’s Street in Kilkenny city.

The young girl, who has special needs, was sitting in her father’s car which he left running, and was waiting for him to return from his office when a man, unknown to her, got into the driver’s seat and stole the car.

Earlier it was reported that a man in his 30s, who stole the car shortly after 3pm, had been living in sheltered accommodation in Kilkenny city collided with another car on the N77 between Kilkenny City and Ballyragget just before 4pm on Friday.

Emergency services from Kilkenny city and Ballyragget were on the scene within minutes of the accident.

A woman in her 40s and two men in their 60s who were in the second car were taken to St Luke’s General Hospital where they are being treated for non-life threatening injuries.

The body of the man who stole the car was also taken to the same hospital where he was later pronounced dead.

The teenage girl, who is understood to have been adopted from Belarus, and was in the stolen car was taken by air ambulance to University Hospital with what are described as serious injuries.

Gardaí are appealing for anyone with dashcam footage or who may have been in the area of Green’s Bridge in Kilkenny and on N77 along the stretch of the road between Hennebry’s Cross and Dinan Bridge where the collision occurred from 3pm to 4pm, to contact them on 056-7775000, the Garda Confidential Line on 1800 666 111, or any garda station.

The road where the collision occurred has now reopened after being closed overnight to allow for forensic examinations to be carried out.

Minister for Justice Helen McEntee speaking at the Fine Gael Ardfheis confirmed that garda investigations are still ongoing “into this tragic incident. I think we need to get to the bottom and understand exactly what was happening.

“It’s a very devastating incident to happen, full stop. No doubt, very terrifying for the people involved, and in particular the woman (teenager)  involved”.