Varadkar vows to ‘take the fight to’ gangland crime as Taoiseach 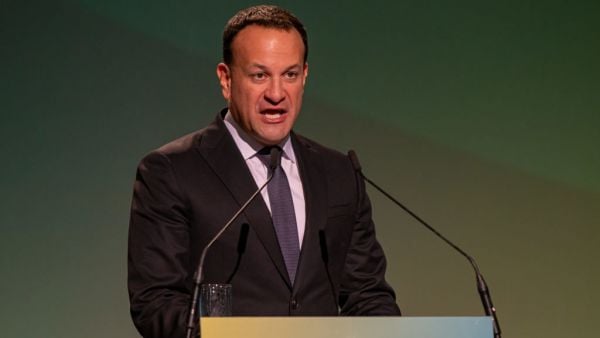 Tánaiste Leo Varadkar said he will tackle the issues of gangland crime saying the Government will “take the fight to you head on,”

As the Irish Examiner reports, during his speech to Fine Gael delegates at the party Ard Fheis in Athlone, he said the Government will double the maximum sentence for assault causing harm, from five years to 10 years.

Varadkar also vowed to increase the maximum sentence for conspiracy to murder, from 10 years to life; allow judges impose minimum tariffs for life sentences for the most serious crimes; and “fight back against gender-based and sexual violence of all forms”.

The Tánaiste said Ireland is a country “where far too many people do not feel safe in their own homes or on the streets” and said that the Government had responded with 1,000 additional gardaí in the budget.

“Tonight… we are sending a message to the criminal underworld. We will do whatever is necessary to protect our homes and our communities… and we will take the fight to you head on.”

Next month, Mr Varadkar will take up position as Taoiseach under the terms of an agreement that saw Fine Gael, Fianna Fáil and the Greens come together to form a government after the last general election in January 2020.

He acknowledged Mr Martin had been a good Taoiseach through difficult circumstances, including the later stages of the pandemic and the war in Ukraine.

“He has been a voice for decency, kindness and for common sense,” he told Fine Gael members. “We thank him.”

Mr Varadkar pledged over the next two years when he is Taoiseach the coalition will work to protect the squeezed middle and vulnerable from increased living costs, ensure that young people can own their own homes, deliver for rural Ireland and farmers, build strong and safer communities and provide the best start for every child.

He also reiterated his opposition to working with Sinn Féin, and pledged to grow the centre-ground following the last general election which saw Fine Gael, Fianna Fáil and Sinn Féin win similar levels of support.

Blasting Sinn Féin as an “ultra nationalist, radical left, populist, euro-critical party”, he said their policies would be a “disaster for Ireland”.

“Their shaky commitment to democracy and to free speech is extremely concerning. As is the ambiguity to serious crime,” he said.

Mr Varadkar said his concerns are not primarily about Sinn Féin’s past, referring to their links to the Provisional IRA, but also about the future and “what they might do to our country”.

“They are a high tax, anti-trade, anti-jobs, anti-business party which would wreck the economy,” he said.

“They would take us from the heart of Europe Union where we belong to the euro-sceptic periphery.

“All the hallmarks are there, simple solutions to complex problems, elevating anger over facts, conspiracy theories about elites and the masses and the demonisation and bullying of opponents.”

Mr Varadkar said the next general election in Ireland will be “the most important in a generation”.

“We have to make sure the centre holds, and grows and that they are stopped,” he said.

“And delegates, I promise you, we will.”

Mr Varadkar also spoke of his pride in Ireland, telling delegates that his father, an Indian doctor, and his mother, who came from a farm in Co Wexford, met in England and had planned to move to the United States.

“I could have been born in any four of these countries. But I am so glad that I was born and raised here in Ireland,” he said.

“This is a great country, one of the best in the world, and I am grateful for all of the opportunities it has given me.

“I love this country. I believe in it and its people, I will always try to make it better and I will always stand up to those who try to tear it down.

“The message from our opponents is that Ireland is some kind of failed state. It is not.

“It is a state which has succeeded time and time again despite major challenges, domestic and global, over the past century.

“A state which is not perfect but which is driven by the same spirit of idealism and hope as was there one hundred years ago.

“We will not take lessons on our history from those who seek to rewrite or deny it.

“Those who now denigrate and sneer at it, while simultaneously wrapping themselves in the flag are also very much wrong, and delegates, we’ll never stop pointing that out.”

Earlier, Foreign Affairs Minister Simon Coveney described a “big day” for Fine Gael as more than 2,000 members gathered at the Technological University of the Shannon in Athlone for the first in-person annual conference since 2019.

Mr Coveney said there will be also be a “change of personalities in certain jobs” next month when Mr Varadkar returns to the role of taoiseach, but said those changes will be a matter for party leaders.

He said being minister for foreign affairs and defence has been a dream job for him, adding he is “really enjoying it”, but added: “I’ve been around in politics long enough to know that change happens.

“It may or may not happen, I honestly don’t know whether it will or won’t. I don’t think there has been a serious conversation between the Taoiseach and Tanaiste on the changes of next month yet – this Government has a lot to focus on between now and the middle of next month and that’s where the focus is, my personal considerations are secondary.”