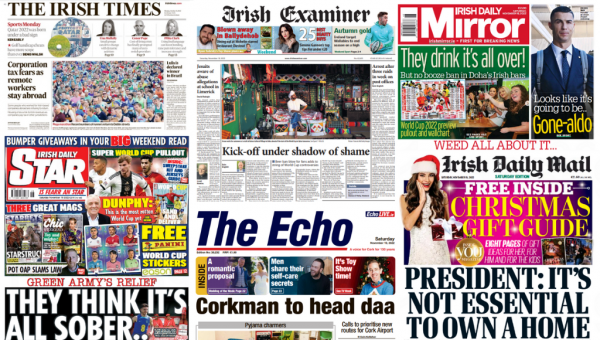 The countdown to the World Cup in Qatar and an inquiry into allegations of abuse in schools are among the stories covered on the front pages of Saturday’s national papers.

The Irish Examiner reports the World Cup is due to kick-off ‘under shadow of shame’, alongside a piece on a private ceremony held following the death of cervical cancer campaigner Vicky Phelan. 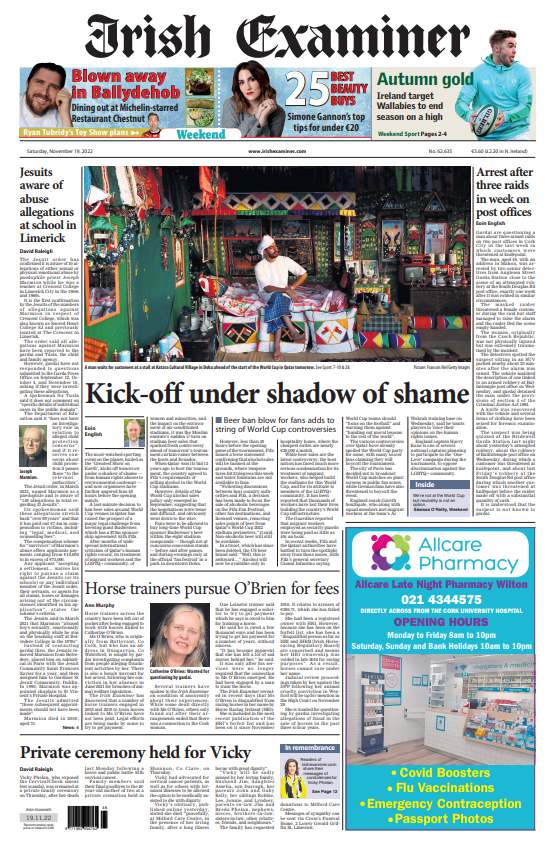 The Irish Times leads with ‘Concern over scope of abuse inquiries’, adding Government figures fear the probe into Blackrock College ‘could extend to hundreds of schools’.

The paper also details the Irish politicians covered by the Russian sanctions issued earlier this week. 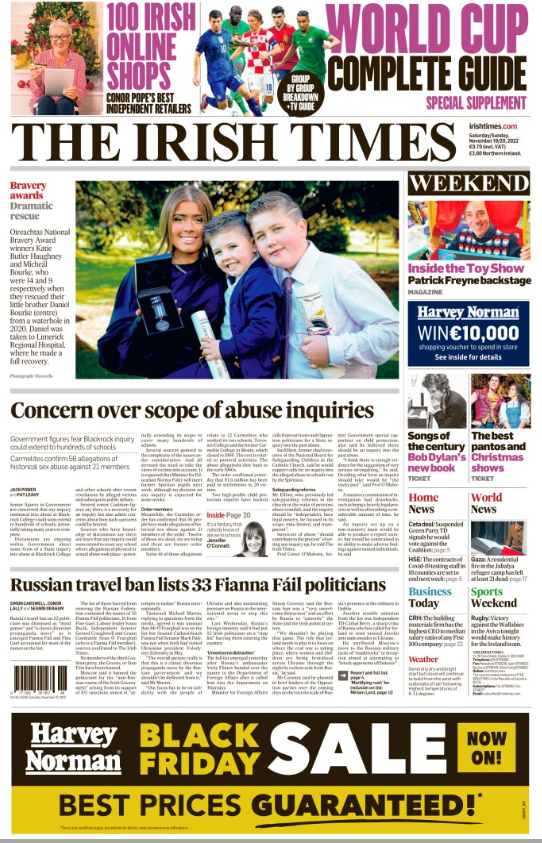 Meanwhile, The Echo reports on the appointment of Corkman Kenny Jacobs as head of the DAA. 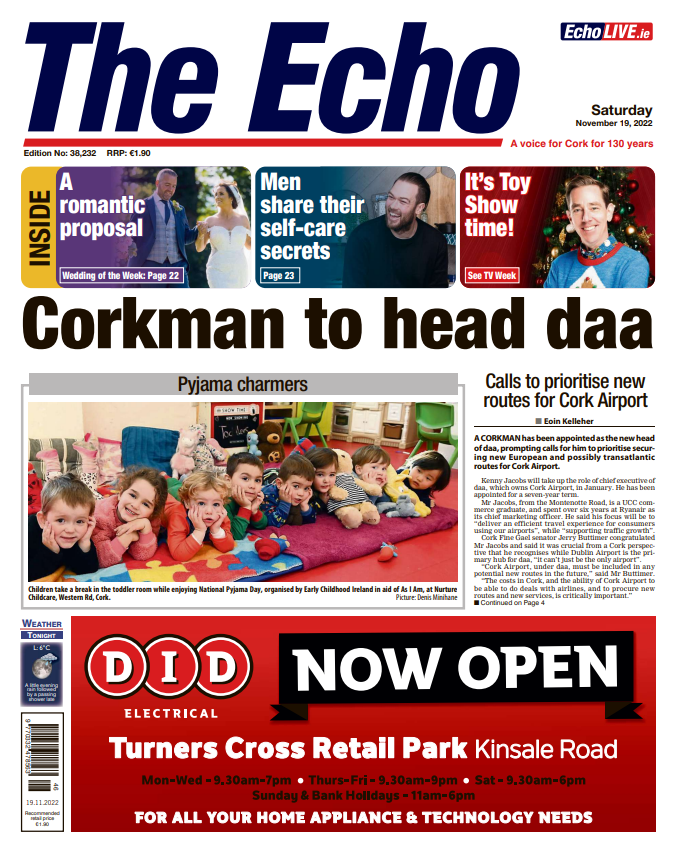 The Irish Daily Star and Irish Daily Mirror both cover Qatar’s ban on alcohol at World Cup games, while the Irish Daily Mail reports on comments made by President Michael D Higgins regarding the housing crisis. 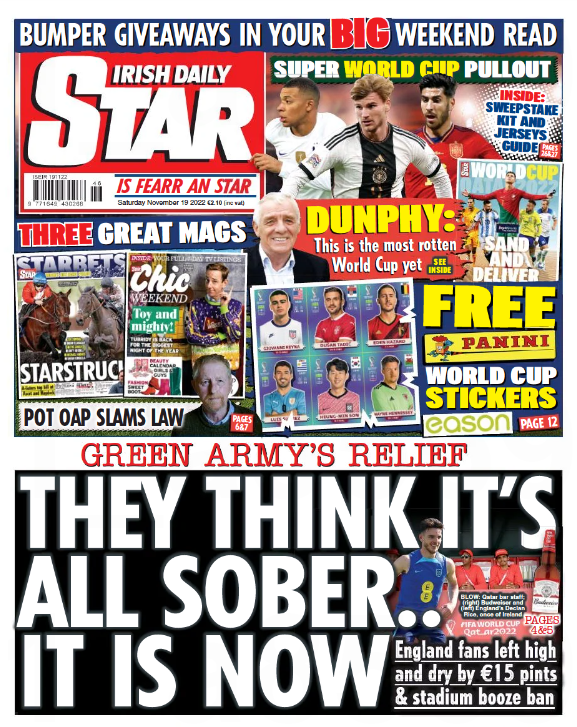 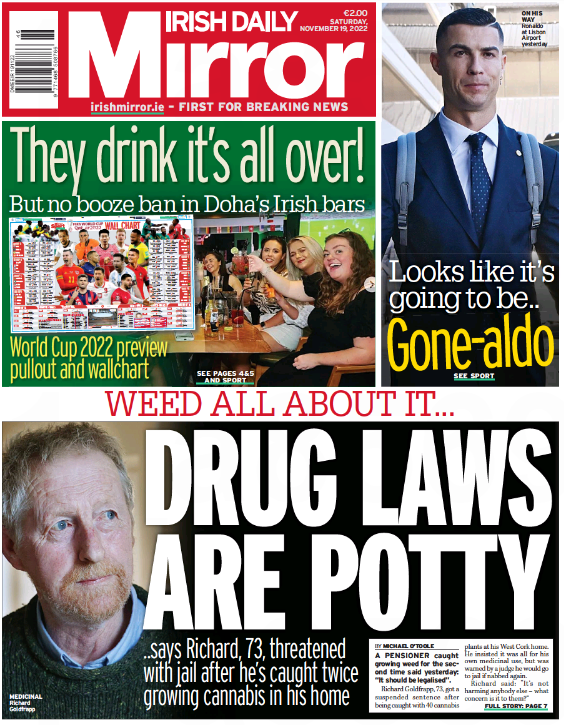 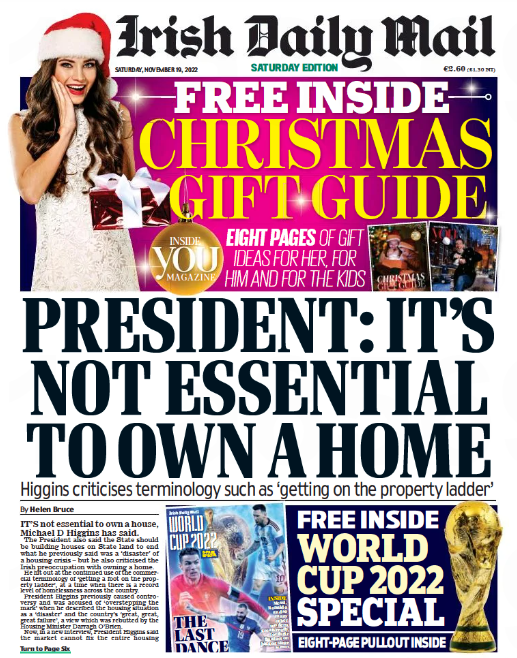 In Britain, the World Cup dominates the headlines. The Guardian puts its focus on pay for guards at the World Cup park, while The Mirror and Daily Mail lead with anger over the alcohol ban. 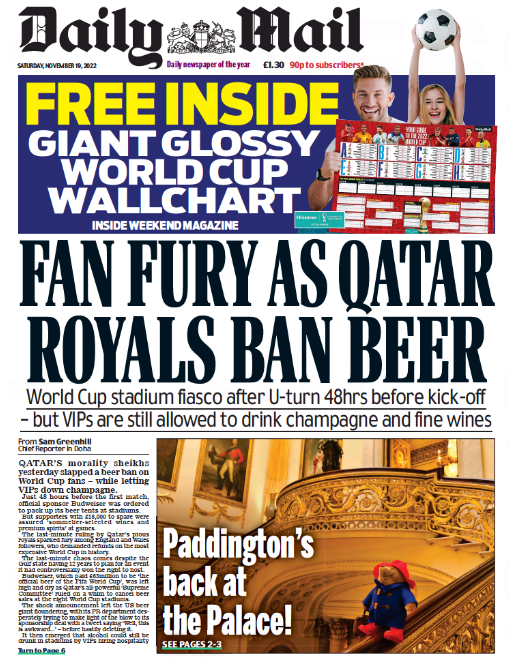 Away from soccer, The Telegraph reports on comments from British prime minister Rishi Sunak, who said his wife and daughters are an “emotional motivation” for his stance on crime.

‘Sunak: My fears for safety of women’#TomorrowsPapersToday