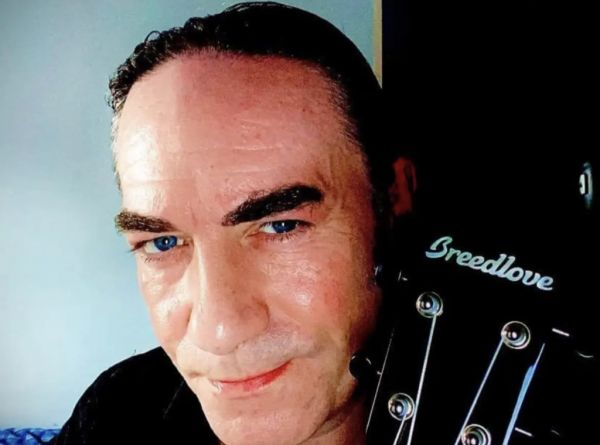 A HSE home care assistant has been charged in connection with separate post office robberies in Cork over the last 10 days.

Gardaí objected to bail in the case on the grounds that the man allegedly committed the offences in order to fund a trip to the States to see his fiancée whom he had met online.

Fintan Tindley of Loughmahon Avenue in Mahon on the southside of Cork city appeared before a special sitting of Cork District Court on Sunday.

Gardaí objected to bail in the case on the grounds that they feared that Mr Tindley (49) was a flight risk.

Det Garda Kevin Motherway told Judge Marian O’Leary that Tindley had travelled to the US in March and July of this year to meet up with a woman called Skye whom he had met on social media. The couple are now engaged.

Det Garda Motherway said that Tindley was making plans to travel to the States again prior to his arrest and that his fiancée had no idea of his alleged wrongdoing.

He said that Tindley had told gardaí after caution that he had sent her the funds he had had taken in the post office robberies, which involved sums of over €3,000.

He said that State would also allege that Tindley had obtained loans of €27,000 from the credit union and €10,000 from An Post.

The State would also claim that Tindley had received a loan of €3,000 from the widow of one man whom he visited as part of his work, and €400 from another elderly person whom he also attended on as a home care assistant.

Meanwhile, Mr Tindley was charged with two counts of robbery and one count of attempted robbery at post offices in Douglas and Ballintemple in Cork within the last ten days.

Det Motherway said that he arrested the defendant on the South Douglas Road on the southside of the city on Friday shortly before 2pm. Tindley was subsequently charged and replied “I’m sorry” when the three charges were put to him under caution.

Inspector Sean Leahy said that gardai were making an objection to bail in the case. Det Garda Motherway said that gardai feared that if Tindley received bail, he might commit offences or interfere with witnesses. He also said that Tindley was a flight risk.

He also objected to bail citing the gravity of the offence. He said that the evidence had gardai had compiled against the accused was exceptionally strong adding that Tindley had made admissions after caution at garda interview.

He said that the state would allege that in the first raid on the South Douglas Road on November 11th, Tindley entered the post-office wearing a hat and mask and grabbed a male customer in his seventies putting a knife to his throat. He allegedly demanded money and left the premises with over €2,300.

He said that the state would allege that in the robbery at Ballintemple post office, Mr Tindley went in wearing a hat and with a mask on his face. He allegedly put a knife to the throat of a woman in her forties and demanded money from staff before making off with €1,300.

Det Garda Motherway said that State would allege that in third robbery again on the South Douglas Road Post office Mr Tindley again entering the post office with a hat and mask on and grabbed a woman in her forties. However, he left without any cash when a member of staff pressed a panic button.

He said that State would allege that garda identified a Nissan Qashqai from CCTV footage collected in relation to all three incidents and that they arrested Mr Tindley when he was sitting in a garage not far from the scene of the third raid.

He said they would allege that they found a knife with a four-inch blade in the car and that the distinctive looking knife matched a weapon which the thief could be seen brandishing on CCTV footage.

They also found distinctive clothing in the vehicle which allegedly matches that worn by the man who carried out all three robberies.

He told Judge O’Leary that investigating officers had also tracked down CCTV footage which showed Tindley changing clothes not far from Ballintemple Post Office shortly after the raid and that they had recovered a hat near the scene of the crime which could be linked to the defendant.

Det Garda Motherway said that they had looked at the phone of the accused and found that he been googling nine other post offices in the Cork area which they feel he was possibly considering robbing.

He added that given that Mr Tindley was a regular at Ballintemple Post Office and knew staff members there he feared he would interfere with witnesses if granted bail in the case.

The garda acknowledged that Tindley was without previous convictions and had never come to garda attention in his life. He also confirmed that Tindley’s fiancée had no idea of how he had obtained the money she had received until she was contacted by officers in this country.

Judge O’Leary declined to grant bail in the case. She remanded Tindley in custody to appear in court by video link on Wednesday (November 23rd) of this week.

Free legal aid was granted in the case after the Judge heard that the accused is likely to lose his job arising out of the alleged offences.