Opening of iconic Dún Laoghaire Baths is delayed once again 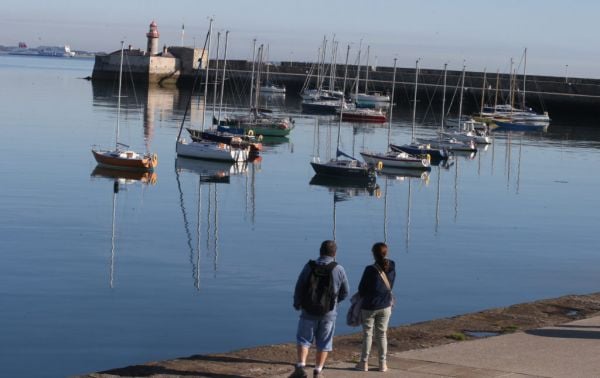 The opening of the iconic Dún Laoghaire Baths is being delayed again due to issues finding a tenant to run a cafe which forms part of the redevelopment.

It is understood that the opening is planned for sometime before Christmas which is just one of several delays which has plagued the multi-million euro works which started in 2018.

It was originally planned to open to the public a year later in 2019 but three years later it still remains closed. The Council had committed to an official opening of September this year.

However, sources close to the project have said that Council officials have said: “They are having difficulty finding a tenant to run the cafe. It’s as simple as that. It’s understood that they (Council) are not looking for a small or local operator for the cafe; they are looking for a bigger chain to run it.”

Last October Dún Laoghaire-Rathdown County Council said it aimed to have the Baths opened by April this year as costs have conservatively spiralled by €3.5 million.

The costs of the redevelopment have now risen from an original €2.5 million, then to €10 million, to a current official figure of €13.5 million. Construction work on the project started in the summer of 2018.

A spokesperson for Dún Laoghaire-Rathdown County Council said: “It is expected that the Baths will be opened before Christmas.” It is not known yet whether the opening will be a formal or informal event.

The final costs of the project are not yet available with the spokesperson adding: “The contract has not been completed therefore a final cost is not yet determined.”

The incident hit Baths project had originally been due to be completed by early 2019, but that was pushed out to the middle of the Summer of that year, following a site spillage which resulted in up to a million plastic shards used in construction work seeping into Dublin Bay with a clean-up cost of several hundred thousand euro.

This incident was followed by several weather storms and the reinforcement of marine walls which was not envisaged.

Then the Covid-19 crisis hit, delaying the project even further. It was then to be unveiled in April last year, postponed again until August, then March of this year then the finishing time was pushed out to the Summer.

“A combination of factors has contributed to this (delays) including a requirement to stabilise the retaining walls that supports the Queens Road and Dart cutting, difficulty in constructing the jetty and underpinning and stabilisation required for the Pavilion Building. In addition, the site was closed for lengthy periods due to the Covid pandemic,” a spokesperson previously added.

The Mark Richards designed Roger Casement Memorial Statue was delivered to DLR mid-February last year from the UK and was raised onto its plinth last April at a cost of €120,000.

Local People Before Profit TD Richard Boyd Barrett believes it is “pretty outrageous that the tendering for Baths café wasn’t done ages ago instead of now. The tender should be going out to smaller independent contractors instead of a larger chain if this is true.

“The Baths redevelopment was first mooted in 2005, 17 years ago, and it’s still not open.

“It was planned then to turn it into a private development, but thankfully the will of the people stopped that as they wanted this public amenity to be restored to its former glory.”