Tributes paid to former President of University of Limerick 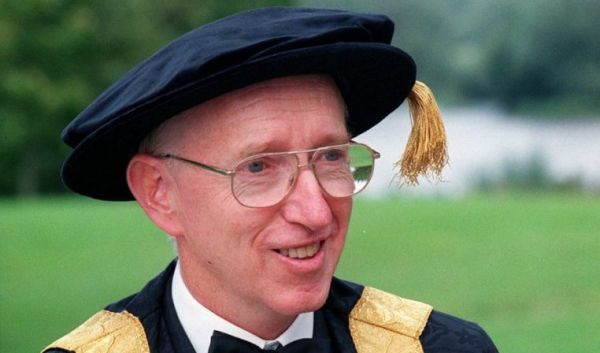 Former President of the University of Limerick (UL), Professor Roger Downer, whose death was announced Sunday, was remembered as a “gentle soul” who “fought the good fight”.

Professor Downer, (79), who was living in Nenagh, Co Tipperary, and was the second president of UL, passed away Saturday “peacefully and surrounded by his loving family”.

His remains will repose at Keller’s Funeral Home, Nenagh from 5pm-7pm on Monday and his funeral will take place at St Flannan’s Church of Ireland Cathedral, Killaloe at 11am, Tuesday, followed by burial in Castletown Cemetery, Portroe.

Born in Belfast in 1942, Prof Downer was educated at the Methodist College Belfast before going on to Queen’s University Belfast to study science, and University of Western Ontario, where he studied for a PhD and was awarded a FEJ Fry Gold medal of Canadian Society of Zoologists.

The majority of his academic career was spent at University of Waterloo, where he was awarded the university’s distinguished annual Distinguished Teacher Award; he had sabbatical leaves at Hokkaido University in Japan and Oxford University.

From 1998 to 2006, Prof Downer held the positions of President and Vice Chancellor at UL and oversaw the growth of student numbers, research productivity and a physical expansion of the campus footprint, following the departure of founding president Prof Ed Walsh.

“On behalf of everyone at Foynes Flying Boat & Maritime Museum we send our sincere sympathy to Jean and all the Downer Family. Roger gave many years of wonderful service to the development of our museum. He always gave 100% to everything he was involved in,” said Margaret O’Shaughnessy, managing director, Foynes Flying Boat Museum.

“He fought the good fight and will be greatly missed by his family but also by the wider community.  May his gentle soul now Rest In Peace,” she added.

The Downer family requested that any donations, in lieu of flowers, would be made to the Irish Cancer Society. Prof Downer is survived by his wife Jean, son Kevin, daughters Katie and Tara.

President Emeritus Professor Roger Downer (RIP) left an indelible mark on University of Limerick, we are very grateful for him and for his legacy at ULhttps://t.co/8KbQj8bhWM pic.twitter.com/9ZOz4lfLeO