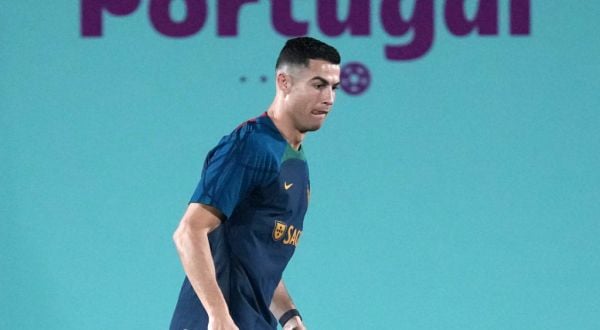 Cristiano Ronaldo described himself as “bullet-proof and iron-clad” as he defended the timing of his interview with Piers Morgan.

The Manchester United star was a surprise attendee at a Portugal press conference in Qatar on Monday and made his first public comments since the airing of his headline-grabbing TalkTV interview last week.

Ronaldo was heavily critical of United and boss Erik ten Hag, saying he felt betrayed by the club, who are considering their next steps.

In quotes reported by the Daily Telegraph, Ronaldo insisted the row had not overshadowed Portugal’s World Cup preparations, saying: “The atmosphere is excellent, no problems, we are completely focused.

“You can help by not talking about me. I’m completely bullet-proof and iron-clad. If you ask other players about Cristiano Ronaldo, I would be upset. If you want to ask him about the World Cup and the team, I would like you to do that.”

On the timing of the interview, the 37-year-old added: “Timing is always timing.

“I don’t have to worry about what others think. I talk when I want to. Everybody knows who I am, what I believe in. They have known me (in the Portugal camp) since I was 11. They will not be influenced by what people say and write about me.

“The group is very bonded together. I have no doubt this recent episode, it won’t shape the team.”

Ronaldo also insisted a clip of an apparently awkward greeting between him and United and Portugal team-mate Bruno Fernandes had been misinterpreted.

“We were just playing around, we have great relations,” he said. “His plane was late and I asked him, ‘Did you come by boat’?”

Portugal open their campaign in Group H against Ghana on Thursday.