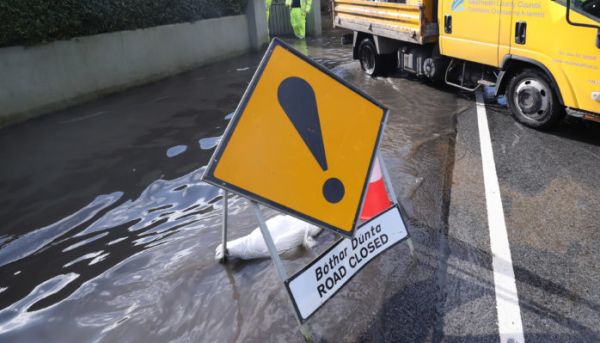 Met Éireann has issued updated weather warnings amid heavy downpours around the country.

Shortly after midday on Monday, the forecaster placed Louth, Monaghan and Donegal under a status yellow rainfall warning, which will remain in place until 8pm.

In the south of the country, Cork and Kerry will later be placed under a yellow wind advisory, commencing at 8pm and lasting until 4am on Tuesday.

In the North, the UK Met Office has also issued a yellow rain warning covering the six counties for all of Monday.

Earlier, an orange rain alert was in place for Wicklow, Wexford and Waterford, with the forecaster warning of heavy, thundery downpours which would bring a risk of flooding to some areas.

The entire country was due to remain under a yellow rain warning until 8pm on Monday, however, that advisory was altered as part Met Éireann’s updated alert.