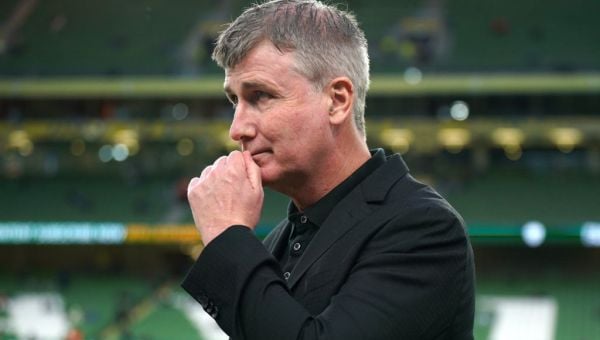 Republic of Ireland boss Stephen Kenny will finalise his plans for Euro 2024 qualification on the back of another testing few days.

A home defeat by Norway and a narrow victory in Malta highlighted some of the strengths of his squad, but also more of the weaknesses.

Here, the PA news agency takes a look at what we learned from Ireland’s latest friendlies.

Callum Robinson scores as we pick up the win in our final game of 2022 🇮🇪#COYBIG | #WeAreOne | #MLAIRL pic.twitter.com/j8LvdtLMYs

Kenny had hoped to use the November friendlies to hone his team for their opening qualifier against France in March, but just how useful either game was is a matter for debate.

The French will not sit deep and invite Ireland to break them down, but that may come as a relief. The Republic were too cautious and ponderous at times in both games and were frustrated for long periods.

They will have to defend with much greater resilience than they did in Malta in particular and will see far less of the ball, but they will have more space in which to operate when they do have it.

Irish sides have traditionally been founded on solid defence, but Kenny has been keen to employ a more expansive approach.

His confidence in his approach and faith in the new generation of players he has blooded are commendable.

But he was aggrieved at the two goals they conceded against Norway from set-pieces and delighted with the clean sheet in Malta, suggesting he is tempering his perceived idealism with pragmatism after winning just eight of his 30 games.

There has been a changing of the guard within the squad since Kenny replaced Mick McCarthy at the helm in April 2020.

The likes of Gavin Bazunu, Nathan Collins, Dara O’Shea, Josh Cullen, Jayson Molumby, Chiedozie Ogbene and Michael Obafemi have established themselves, along with Andrew Omobamidele, Jason Knight, Troy Parrott and Adam Idah, who were all unavailable for this camp.

However, one-time talisman Shane Duffy was notable by his absence as Norway capitalised on defensive fragility and if he can force his way into the Fulham team, where he is currently on loan from Brighton, his aerial prowess in both penalty areas could prove invaluable.

Burnley’s Josh Cullen has taken on the role of fulcrum with aplomb, but there are places up for grabs around him.

However, Jamie McGrath’s enterprise in his first appearance for his country in a year against Malta caught the eye and a man who played under Kenny for Dundalk will hope a continued run of form at Dundee United could get him the nod.

A work in progress

When Parrott and Obafemi linked so well in a 3-0 Nations League victory over Scotland in June, the Republic looked to have found their front two. But at 20 and 22 respectively, both men are still learning their trade.

In Parrott’s absence, Callum Robinson partnered Obafemi against Norway and Ogbene in Malta, helping himself to his eighth senior international goal in the second game.

All four, as well as Idah and 18-year-old Evan Ferguson – who was handed a debut against Norway – have their strengths, but finding the right blend is perhaps Kenny’s biggest challenge.