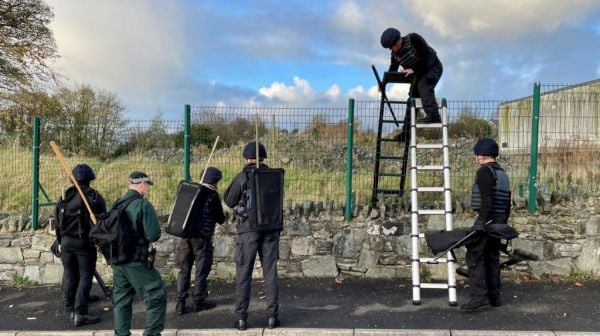 Four men have been released following their earlier arrests in Northern Ireland over the attempted murder of two police officers in Co Tyrone.

The men, aged 38, 36, 36 and 28, were arrested under the Terrorism Act after police conducted a number of searches in Strabane on Friday and Saturday.

They were questioned by detectives at the Serious Crime Suite at Musgrave Police Station in Belfast.

Four men, aged 38, 36, 36 and 28, arrested by detectives from the Terrorism Investigation Unit, investigating the attempted murder of two police officers in Strabane on Thursday evening, 17th November have been released following questioning. The investigation continues. pic.twitter.com/GQ13DkXWui

The two officers had been on patrol on Thursday at Mount Carmel Heights when a bomb was detonated at the side of their vehicle, prompting police to pursue a “strong line of inquiry” into whether the New IRA were involved.