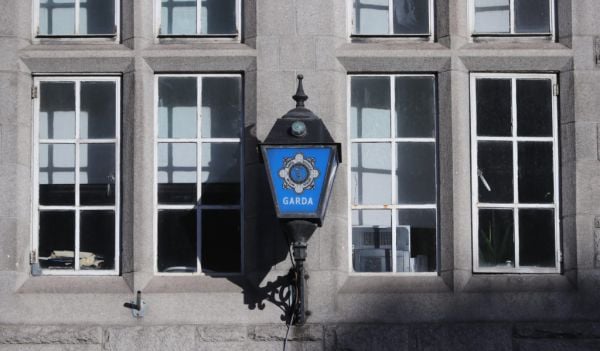 Gardaí investigating the vicious assault of two officers have arrested a fourth person in connection to the incident.

Two gardaí were taken to hospital for treatment to their injuries following the incident on Sunday night.

The gardaí, a man and a woman, were called to a public order incident at a licensed premises on Ballyfermot Road.

After arriving at the scene, the gardaí engaged with a number of individuals on the street.

The disgusting and thuggish attacks on members of An Garda Síochána show complete disrespect for our Gardaí.

My thoughts are with the Garda members involved and their families.

These types of despicable incidents are unacceptable.

In the course of dealing with the incident, both members were punched and kicked by a number of people who were present.

The gardaí called for assistance from nearby colleagues who arrived within a very short period of time, An Garda Síochána said.

Two men, one aged in his 50s and one in his 30s, were arrested at the scene and are currently detained at Ballyfermot Garda Station.

A woman aged in her 50s was also arrested at the scene and has since been released from custody.

She is scheduled to appear before a court at a later date.

A third man, aged in 40s, was also arrested in connection to the incident on Monday.

Both garda members were taken by ambulance to St James’s Hospital, and both members have since been discharged.

The officers are receiving support from their colleagues and local garda management.

The incident was filmed and posted on social media.

Assistant Commissioner Angela Willis of the Dublin Region said: “My thoughts this morning are with our two colleagues from Ballyfermot who were viciously assaulted last night while going about their normal duties, protecting communities in the Ballyfermot area.

“I absolutely condemn the actions of the individuals involved in this serious incident and wish the members that were injured a full and speedy recovery.”

A full investigation has been launched at Ballyfermot Garda Station.

Gardaí also asked that any footage of the incident is not circulated further on social media and that any witnesses should contact the investigating team at Ballyfermot Garda Station.

The Taoiseach condemned the attack as “utterly reprehensible”.

Speaking in Shankill on Monday, Micheál Martin said: “I would condemn utterly what happened last evening.

“That attack on two gardai is reprehensible.

“There can be no toleration for those kinds of assaults on gardai who are out there putting their lives and limbs on the line to protect us all in society.

“It is utterly reprehensible what occurred last evening and I know the gardai are following up on that.”

Minister for Justice Helen McEntee said: “The disgusting and thuggish attacks on members of An Garda Síochána show complete disrespect for our gardai.

“My thoughts are with the garda members involved and their families. These types of despicable incidents are unacceptable.”

Antoinette Cunningham, general secretary of the Association of Garda Sergeants and Inspectors, said the incident was “shocking”.

She reiterated her calls for all gardai to be given body cameras.

“It’s absolutely shocking, it needs condemnation by everybody, and at this stage our thoughts remain totally focused on our colleagues, their wellbeing and their recovery and we really wish them well,” she told RTÉ’s Today With Claire Byrne show.

“We’ve been calling for the introduction of body cameras for some time but unfortunately we’ve been recently updated by gardai headquarters that body cameras will not be brought in prior to 2024.

“There also needs to be more accountability though by social media outlets in the meantime.

“They need to stop the circulation of this type of material because that’s what’s happening here.

“You have youngsters uploading this material and they think that it’s trendy or cool in some way or appropriate to do that.

“There’s no accountability and social media outlets need to take more responsibility here and stop the circulation of this type of material.

“To see your own colleagues being kicked and beaten on the ground while people are standing and filming it. It’s really shocking.”

“We haven’t achieved what we set out to achieve by way of recruitment.

“We’ve only had 24 people who have come in to the Garda college this year when we were supposed to have 800,” she added.

“Now there is to be another intake in November and we hope that there’ll be some decent intake there.

“But of course resourcing is an issue for us and it will continue to be an issue.

“If there is inadequate resources that affects the welfare and safety of all of our members.”

The violent assault on two Gardaí in Ballyfermot last night is absolutely despicable. It’s an attack on those who work to keep our communities safe. My thoughts are with the officers & their families. Garda must have every resource to protect communities from violent criminality.

“For too long we’ve seen people getting suspended sentences for leaving gardai with the most serious of injuries.”

Ms McDonald in a post on Twitter said: “The violent assault on two Gardai in Ballyfermot last night is absolutely despicable.

“It’s an attack on those who work to keep our communities safe.

“My thoughts are with the officers & their families.

“Garda must have every resource to protect communities from violent criminality.”