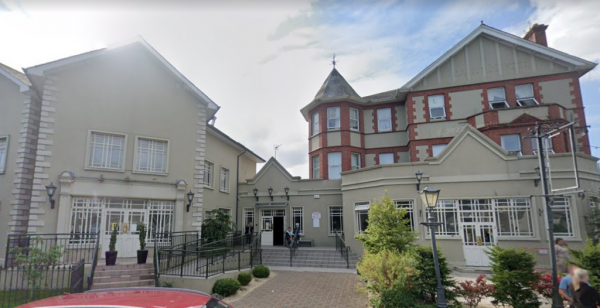 A man has been charged after allegedly making threats to burn down a Direct Provision centre in Co Wicklow earlier this month,

The Irish Examiner reported on Monday that the man, aged in his 40s, will appear at Wicklow District Court on Tuesday.

It’s understood that earlier this month, two men walked into the Grand Hotel in Wicklow Town and threatened to burn it to the ground.

The centre accommodates almost three hundred asylum seekers, 191 of whom are single men.

The owner of the former hotel, Adrian Shannagher, said he has also received threatening phone calls and threats via email.

“I’ve had a number of emails, a number of phone calls threats, people calling to my family home — we’ve had all of that — calls in the middle of the night from private numbers.

“We’ve had two instances of individuals walking into the premises threatening to burn the place down,” Mr Shannagher claimed.

Local Fianna Fáil councillor Gail Dunne spoke of anger among people over the housing of single people at the former hotel.

“The Grand Hotel was a facility for families, and over the last couple of months that has changed to basically single people.

“There was no consultation with anybody, and that’s why people are angry.

“People can go and make their observations felt without being — I don’t like the idea of threats or whatever — we should try and see how we can sort this problem out, I’ve no time for that,” he said.

In an earlier statement, An Garda Síochána confirmed that they were investigating the incident.

“Gardaí are investigating an incident that occurred at a premises in the Abbey Street area of Wicklow town on Sunday, November 13th, 2022,” the statement read.

Meanwhile, protests have taken place in East Wall, Dublin 3, where people voiced their objections to a number of refugees being housing in a disused ESB office building.

People who spoke to The Irish Times noted that the local community was not consulted about plans to house refugees in the area.

One asylum-seeker who spoke to the newspaper said he had arrived in Ireland five months ago. Kadar Abdikani, from Somalia, is due to move into the new accommodation in East Wall.

“We are struggling to find accommodation,” he said. “Somalia is not a safe country.”