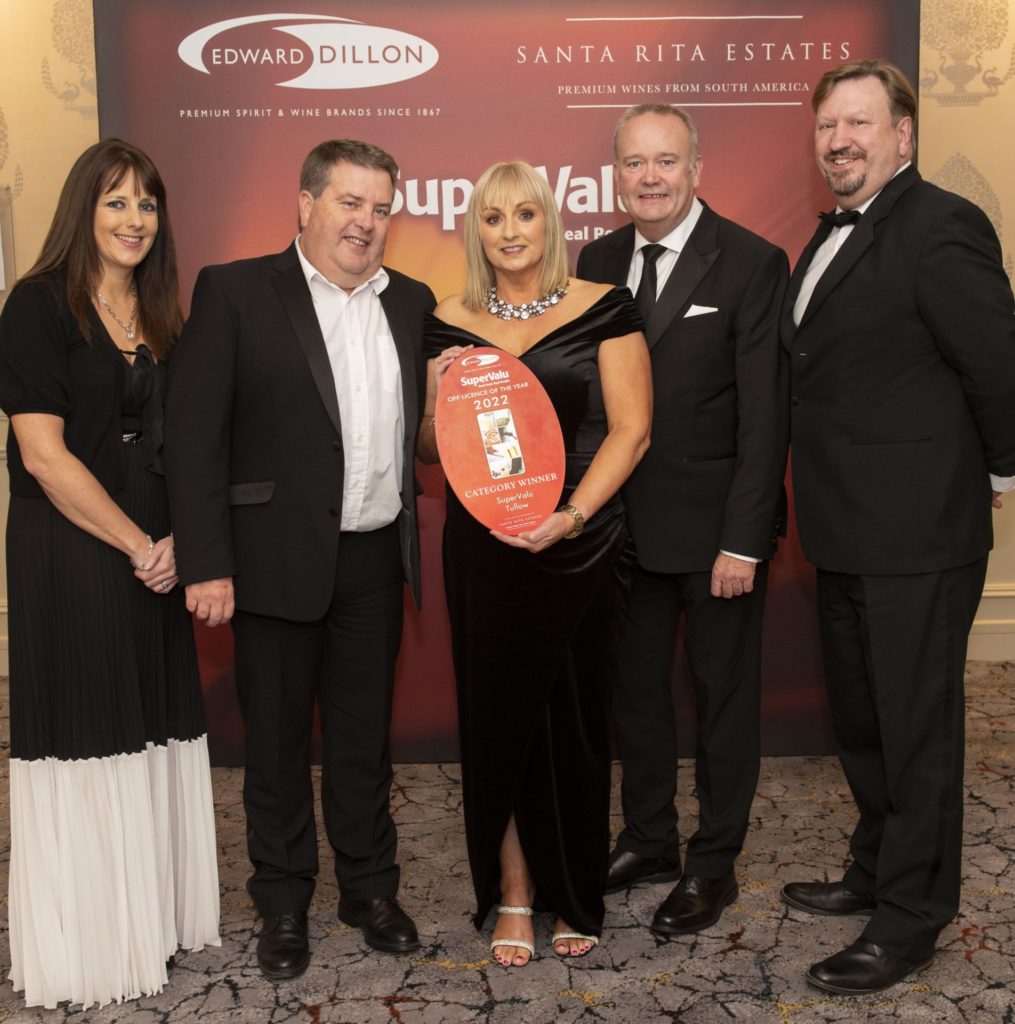 WHEN it comes to selecting a delicious wine, look no further than SuperValu, Tullow … and that’s official!

Hickson’s SuperValu, Tullow took top honours at last week’s Edward Dillon and Santa Rita Estates SuperValu Off Licence of the Year Awards. The Tullow outlet was awarded the prize of small store of the year, from an entry of more than 220 SuperValu stores in Ireland, which was whittled down to 26 finalists.

Tommy and Bridget Hickson were there on the night at the Galway Bay Hotel to represent their supermarket and were presented with their award by Andy O’Hara, CEO of Edward Dillon & Co and Trish Feely of Santa Rita Estates. The Tullow award was one of just four gongs presented on the night.

The finalist stores were judged by Michael Cunningham and were marked on a range of criteria, including overall appearance, innovation and customer service.

“We’re delighted to be back with our first awards ceremony since 2019. As has always been the case, the standard of stores is second to none,” said Mr O’Hara.

“It’s fantastic to see the passion from each store and the hard work their teams put in to achieve such excellence. We would like to thank and congratulate all of the four winning stores and also to each of the finalist stores,” he added.