Joe Lycett admits he did not shred £10,000 over Beckham’s Qatar World Cup deal 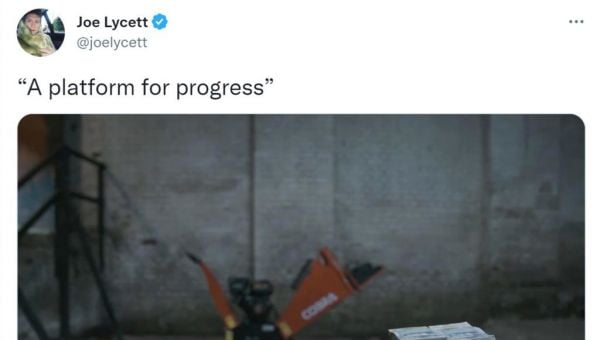 Comedian Joe Lycett has admitted he did not shred £10,000 (€11,000) in protest against David Beckham’s involvement in the 2022 Qatar World Cup, saying “I would never be so irresponsible”.

The comic said he had in fact donated the £10,000 to LGBTQ+ charities, before shredding the cover of Beckham’s 2002 Attitude Magazine.

It has been reported Beckham had signed a controversial £10 million deal with the Fifa World Cup hosts – homosexuality is still illegal in Qatar and anyone found participating in same-sex sexual activity can be punished with up to seven years in prison.

Lycett offered to donate £10,000 of his own money to LGBTQ+ charities if Beckham ended the sponsorship before the tournament started, and if not, he said he would livestream himself shredding the money along with Beckham’s “status as gay icon”.

“A platform for progress” pic.twitter.com/EeMelv01nu

The Birmingham-born comedian appeared to stand by his decision in a video shared on the same day as the opening game of the tournament, but on Monday came clean.

“I haven’t quite told you the whole truth, because the truth is the money that went into the shredder was real, but the money that came out was fake,” Lycett said in a video shared on Twitter.

“I would never destroy real money, I would never be so irresponsible. In fact, the £10,000 had already been donated to LGBTQ+ charities before I even pressed send on the initial tweet last week.

“I never expected to hear from you, it was an empty threat designed to get people talking. In many ways it was like your deal with Qatar David – total b******* from the start.

“There is one thing I’ll shred. This is your Attitude Magazine cover from June 2002, the first ever cover of a gay magazine with a Premier League footballer on it.

“I asked Attitude if I could shred it, and they were more than happy to oblige.”

A number of celebrities praised Lycett for the reveal, with radio presenter Sara Cox writing “I LOVE YOU @joelycett”.