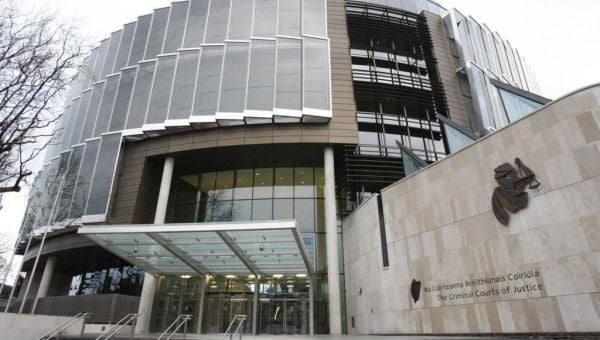 A father-of-seven has been sentenced to eight and a half years in prison for repeatedly raping an 11-year-old girl and sexually assaulting her younger sister.

The 36-year-old, who was a family friend of the victims, was convicted unanimously by a jury after a trial at Dublin’s Central Criminal Court earlier this month.

Passing sentence on Monday, Justice Mary Ellen Ring said of the victims that, “anger and sadness mar their young lives.”

She noted that both young women have lost their trust in men and have worries about their future capacity to have future relationships or children because of the abuse.

Judge Ring said it was an abuse of trust by Abib, who would have been seen like an uncle by the two victims.

She also noted that there had been a degree of planning in the abuse, as the offences took place when the victims’ mother was out of the country visiting her other children and stopped on her return to Ireland.

In a victim impact read out to the court on her behalf, the older victim, now aged 17, said Abib’s abuse left her feeling “dirty, disgusted and scared,” and later described feeling “horrible, sad, shocked and confused.”

“I didn’t know what to do, so I just kept quiet, I just knew what he was doing was not good,” she said, adding, “He told me at the end not to tell anyone.”

The girl said she had been scared and tried to get away from the family friend, but that Abib would “get at her at any opportunity he could.”

The teenager said she is no longer comfortable around men or people without feeling a constant sense of fear and anxiety.

She said she could not remember much of her childhood except for the abuse, and that she has suffered regular nightmares because of it.

Her younger sister, now aged 16, read her victim impact statement aloud via video link, telling the court: “There are no words to describe now angry I am.”

She said that when Abib sexually assaulted her, her brain “just shut down”.

“He left a permanent scar on our family,” she said of Abib, adding that he had abused their trust and ruined her life in more ways than she ever imagined.

“I lost all my confidence. I went from being a social girl in primary school to an outcast in secondary school. I felt sad, anxious, scared and hopeless, and so alone. I couldn’t make friends,” she said.

Justice Ring noted that Abib came from an African country that has suffered war and strife for the last few decades and that he has no prior convictions.

She said that rape was an extremely serious offence and a savage attack on the body and psychology of the victim, particularly when the victim is of tender years.

The judge commended both the victims and their family for taking the steps to have the offences brought to light and prosecuted, noting that while it is always difficult to do so, it is even more difficult for members of newer communities who call this country home.

Abib was sentenced to eight and a half years in prison, backdated to September 1st of this year, to take account of time he has already spent in custody.

Sergeant Rebecca Deveney told Lorcan Staines SC, prosecuting, that when the accused was questioned by gardaí he denied all the allegations and suggested that the victims had been “put up to it” by their parents.

Conor Devally SC, defending, said his client was eight years old when his father was brutally killed nearby, causing the family to flee to another country, eventually arriving in Ireland in 2009.

Mr Devally said his client had had a ruthless, tragic and transient childhood but has that he has worked consistently while in Ireland at a series of low-level manual labour jobs including cleaning and packing groceries.

Abib was ordered to abide by all directions of the Probation Service for 18 months on his release, including any training courses or sex offenders’ programmes.