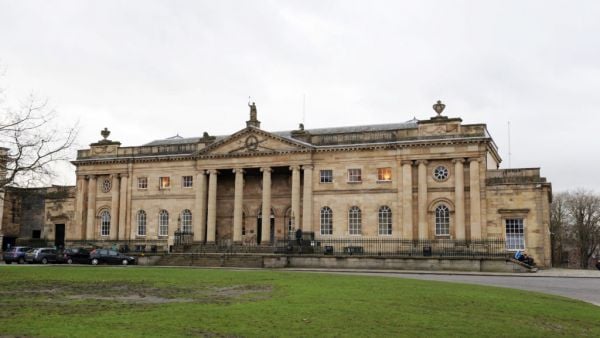 A man who objected to the England football team taking the knee sent an expletive-laden racist message to manager Gareth Southgate, a court heard.

Brian Martin, 36, sent an email to Southgate immediately after the England team had lost 1-0 to Hungary in the Nations League in Budapest, on June 4th, according to the Crown Prosecution Service (CPS).

Martin, from Selby, North Yorkshire, was found guilty of one count of sending by public communication network an offensive or indecent message, at York Magistrates’ Court on Monday, the CPS confirmed.

A CPS spokesman said the defendant used messages of a racist nature to refer to black players as he criticised the England manager for decisions he had taken and for defeats the team had suffered.

He said Martin also objected to the team’s decision to take the knee.

The spokesman said Martin accepted that he sent the email but denied its contents were offensive or indecent.

Senior crown prosecutor Adam Featherstone said: “The content of this message was not only grossly offensive, but racist.

“Martin now has a criminal record to show for it, which is likely to impact his life and future prospects.

“This result sends a clear message, that racist language in any form will not be tolerated and the CPS will not hesitate to prosecute these offences whenever our legal test is met.”

“At the World Cup, we hope the England and Wales teams do their countries proud.

“However, fans must not let their passion overspill into racial abuse of players for what they do on the pitch, like we saw overshadow Euro 2020.

“If you see, read or hear of any offensive racist and homophobic language, during the World Cup or after, please report it to the police who will investigate.

“The law has been extended so those who abuse players online face being banned from watching football, and we will use these powers to those who we prosecute.”

Martin will be sentenced on December 13th.