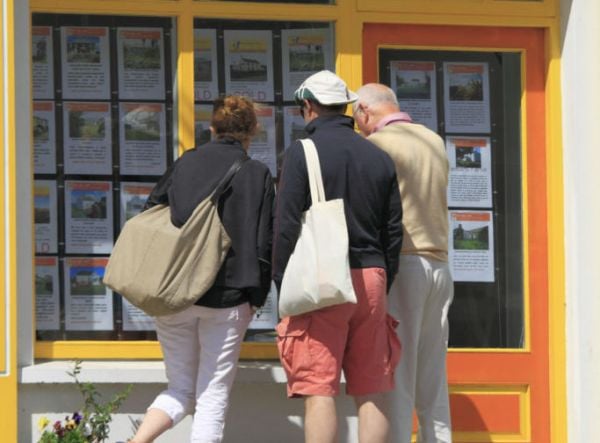 Mortgage holders seeking fixed rate security have been advised to look before they leap after the latest mortgage switching index shows  a three percentage point gap between the highest and lowest five-year rates on the market.

Jumping on the first fixed rate that is offered could cost average homeowners an extra €30,780 over that five-year period, the doddl.ie Mortgage Switching Index found.

The difference in rates on offer by the mortgage lenders is now considerable, according to doddl.ie managing director Martina Hennessy.

“In the five-year fixed rate market, there is currently a huge 3.05 per cent difference between the highest rate at 5.5 per cent and a 2.45 per cent rate from another lender,” said Ms Hennessy.

“The key message is don’t panic and opt for the first fixed rate offered to you.

“Ensure you get market-based advice because if you are locking into a rate you could end up paying substantially more for your mortgage even in the short term.

“We are now out of a cycle of low rates and heading into what would appear to be a more sustained period of interest rate increases than expected earlier this year.”

The index is based on the average mortgage drawn down for new lending in both the first-time buyer and second-hand mover markets as at the third quarter of 2022.

Many tracker mortgage holders are now looking to switch to a fixed rate, after 2 per cent increases in the past four months and further rises forecast, according to Ms Hennessy.

“We have seen a significant increase in enquiries from homeowners who are now considering relinquishing their tracker rates for the first time in over a decade,” she said.

Some fixed rates are now lower than their tracker rates and they are increasingly attracted by repayment security, according to Ms Hennessy.

Many tracker mortgage holders have lower loan to values and, as such, have low long-term fixed rate options open to them.

“The decision for tracker mortgage holders is whether they can afford the increase and just how far the ECB rate will rise.”

Standard variable rate mortgage holders with the pillar banks have yet to see an increase in their rates but are also exposed to interest rate increases.

There are more than 220,000 variable rate mortgage holders in Ireland paying up to 4.5 per cent currently.

If variable rates start to increase, these mortgage holders are exposed to repayment hikes.

There are options available for these mortgage holders to lock in a low rate of 2.45 per cent and reduce their exposure.

These homeowners are paying an average €3,857 in extra mortgage repayments per year by not switching lenders, the Q3 doddl.ie mortgage switching index found.

This figure increases to €4,381 if your home has a building energy rating is B3 or above.

“It has never been more important to do your research and more than 47 per cent of people are now seeking market-based advice from a broker – up from 20 per cent in 2017,” said Ms Hennessy.

“If you do not you could end up paying substantially more interest than you should.”