Over half of nine-year-olds have mobile phones, research shows 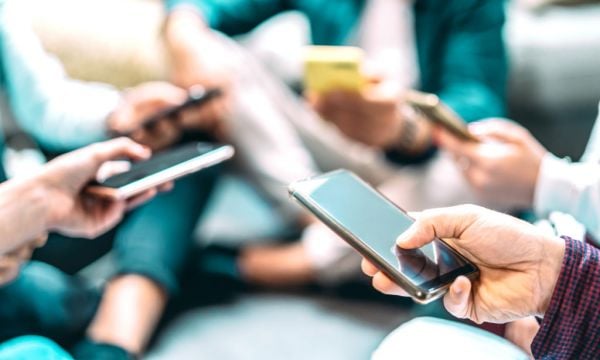 More than half of nine-year-olds in Ireland have mobiles, according to new ESRI research.

The Growing Up in Ireland report found there has also been a 10 per cent decline in the number of children taking part in sports between 2008 and 2018.

These ESRI figures also show kids’ involvement in sport and cultural hobbies like music and dance are down as well, so too is recreational reading.

Meanwhile, fewer families are eating together than in 2008, with about two thirds sitting down for a meal regularly.

The findings show a marked shift in the profile of children and their families.

Today we publish ‘The changing social worlds of 9-year-olds’, produced in partnership with @dcediy.

It examines how the lives of 9-year-olds have changed over a decade – looking at family, friendship, pastimes and school experiences.https://t.co/x5pK8MnLFD pic.twitter.com/6SkpYueziC

Nine-year-olds are broadly positive about school, with an increase over time in the proportion always liking it (from 27 per cent to 33 per cent), but attitudes to school subjects, including reading and Maths, remain largely unchanged.

Nine-year-olds typically have two or three close friends, but the numbers with a larger network of six or more friends has increased over time (from 17 per cent to 25 per cent).

Around a quarter see their friends outside school almost every day and this has stayed stable over time.

There is a marked shift in the amount of time watching television towards time on other digital devices.

Those spending more time watching TV and using computers are less likely to engage in sports, reading for pleasure and cultural pursuits.

The social worlds of nine-year-olds are quite different for girls and boys and these gender differences persist over time.

Girls have closer and less conflictual relations with their parents than boys but have smaller friendship groups and see their friends less often.

They are more likely to read for pleasure and engage in cultural activities but less likely to take part in sports.

They also spend less time on digital devices than boys. They are more positive about school overall but less positive about Maths, and gender differences in attitudes to Maths widen over time.

Their research aloes found children’s lives are strongly influenced by the socio-economic situation of their families.

More parent-child conflict is found and children tend to have smaller friendship groups where families are under financial strain.

Children from more advantaged families are more likely to be involved in sports and this social gap widens over time.