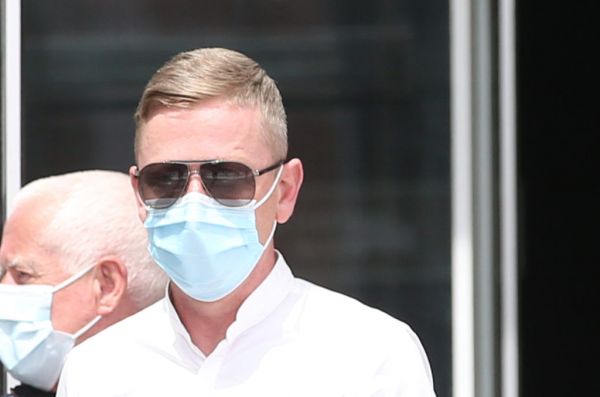 A Garda Assistant Commissioner has said she would “absolutely not” have signed off on the destruction of records from a tracker device deployed on former Sinn Féin councillor Jonathan Dowdall’s SUV if she had the “slightest inkling” that the material was required and instead would have ordered its retention, the Special Criminal Court has heard.

Asst Comm Orla McPartlin told the non-jury court today that she has already started the process of “tightening up” the policy document which covers the destruction of records.

Earlier, the Regency Hotel murder trial heard that gardaí had recovered records from a tracker device deployed on Dowdall’s SUV which were believed to have been destroyed. The data was found on the third computer of seven that was also due to be destroyed in the coming weeks.

Sean Gillane SC, prosecuting, told the three-judge court that the Garda National Cyber Crime Bureau had conducted a “fairly extensive” operation since last week, in which a securely stored desktop computer that had been listed for destruction was examined. He added: “In the course of the examination of that device, it appears that a working copy of the material in question was located and is available for examination.”

‘What was lost is now found’

In reply, Brendan Grehan SC, defending Gerard ‘The Monk’ Hutch, said it appeared that “what was lost is now found”.

Mr Grehan told the court last Tuesday that gardaí destroyed records from a tracking device that had been placed on Dowdall’s Toyota Land Cruiser when he is alleged to have driven murder accused Gerard Hutch north for a meeting with republicans in the aftermath of the shooting.

Counsel said “disturbingly”, the notes were destroyed by gardaí after his client was arrested and charged with the murder of Mr Byrne.

He said the destruction of these records was a “real problem” and he did not accept the State’s assertion that it was done in accordance with the Criminal Justice Surveillance Act 2009.

The court heard that the records were stored by gardaí for six years, but their destruction was authorised on February 7th of this year.

Last week, the former head of the National Surveillance Unit (NSU), who signed the authorisation for the destruction of the tracker records, said he did not consult the senior investigating officer of the Regency Hotel murder investigation or the DPP when he destroyed records from the tracker device deployed on Dowdall’s Toyota Land Cruiser.

The data, it was said, was “gone forevermore” with no possibility of recreating the destroyed records.

Retired Detective Inspector Ciaran Hoey testified last Wednesday that he carried out a review of all the data information held by the NSU in early 2020 to ensure they were in compliance with the Surveillance Act of 2009. Data records older than three years that were not required for prosecution or appeal were destroyed in order to improve storage and the security of data, he said.

Mr Hoey, who was Detective Inspector with the NSU in 2016, said he did not believe the records would be used in the prosecution when he ordered their destruction just months before the Regency Hotel murder trial began last month.

He also said that data from a tracking device to prove the location of a vehicle, person or thing at a particular time had never been used as evidence in the history of the Surveillance Act. Furthermore, he said the best evidence was the NSU members’ sightings coupled with the CCTV footage and that was what was to be used in this trial.

Mr Hutch’s defence lawyer Mr Grehan said he could not understand how Mr Hoey, who is now retired, could “in good faith” have made a decision to have potentially relevant evidence to a criminal trial destroyed.

During the cross-examination by Mr Grehan it emerged that the policy document for the retention and destruction of documents must firstly be authorised by the Assistant Commissioner of Crime and Security as per section 9 of the Surveillance Act.

Mr Hoey said that Asst Comm McPartlin had “signed off” on the destruction order on March 23rd last. On that day a total of 87 orders were signed off on with information provided on a spreadsheet relating to relevant dates and details of the vehicle being tracked.

Mr Hoey said he didn’t make Asst Comm McPartlin aware that the current trial was proceeding, nor that the vehicle was related to Jonathan Dowdall or Gerard Hutch.

Asked by Mr Grehan if Ass Comm McPartlin should have been alerted to the fact that the records may be “pertinent” to the trial, Mr Hoey said she wasn’t as he did not think it was “pertinent”.

He repeated that the NSU had the records for six years, they weren’t part of the book of evidence and no one had requested the documents.

Mr Grehan asked: “This vehicle was going to feature all over the place, where 27 members of the NSU were giving evidence and where the prosecution intended to lead the audio of the vehicle; you didn’t think that the Asst Comm might have a different view?” Mr Hoey said he did not.

Asst Comm McPartlin testified on Monday that she attended the office of Mr Hoey on March 23rd this year to authorise the destruction of the records in accordance with the Surveillance Act.

She said Det Insp Hoey had presented her with a spreadsheet which showed the totality of items for 2016 and that he had shown her nothing that required to be retained.

In cross-examination, the Asst Comm said she “absolutely” would not have ordered the destruction of the records if she had the “slightest inkling” that material relating to this trial was required and would have ordered for it to be retained.

Mr Grehan put it to the Asst Comm that with the benefit of hindsight the policy document which covers the destruction of records might need to be tightened up a bit, she agreed, telling him: “I’ve already started that process”.

She also said that she had directly asked Det Insp Hoey if there was anything relevant that should be brought to her attention and that he had indicated to her that there wasn’t.

Earlier, Detective Superintendent Eugene Lynch, the current head of the Garda NSU, told Mr Gillane that he had instructed the Garda National Cyber Crime Bureau on November 16th to engage in an assessment of whether “tracker data” could be recovered.

On November 19th, members of the NSU examined seven computers which were down for destruction and “a working copy” of the data, which related to the jeep, was discovered on the third computer.

The court also heard today that tracker records confirm that Dowdall’s Land Cruiser was in Northern Ireland for almost eight hours on March 7th, 2016 when audio relied on by prosecution was recorded.

Last week, Mr Grehan submitted that the defence’s “core argument” would be that gardaí were aware that Dowdall’s Toyota Land Cruiser was outside the jurisdiction for eight of the 10 hours of those recordings from March 7th, 2016 and that the evidence harvested from that “illicit fruit” should be excluded from the trial.

The non-jury court will rule on the extraterritoriality issue raised about the audio recordings once they have finished listening to the 10 hours.

Asked by Mr Grehan what he thought about records of the tracking device being destroyed, the witness said he would not destroy records unless he was fully satisfied that they would not be required.

Det Supt Lynch said the records had been destroyed off the master server and there was now a full set of records in electronic format belonging to the tracker device used in this case, which would show where the jeep was on February 20th in Northern Ireland.

Asked if the tracker had shown gardaí in “real time” where the vehicle was on February 20th and March 7,th the witness said it provided information in “real time”. He said gardai did not monitor the tracker live when it went across the border as it was outside the jurisdiction of An Garda Síochána.

“Could gardaí have monitored the tracking device outside the jurisdiction?” pressed Mr Grehan. The witness said they could have but that there was no requirement for NSU members “to look” as they weren’t conducting surveillance in the north.

Asked how he knew that this did not happen, Det Supt said because the PSNI were conducting surveillance in the North. “An Garda Síochána did not monitor the tracker in the north because my members wouldn’t monitor it in the north,” he added.

“I’m asking you a very specific question, you have a live feed of this tracker right up until it crosses the border and I want to know what’s to stop you continuing to look at that live tracker feed when it continues to cross the border?” asked Mr Grehan. “There is nothing stopping us,” he replied.

Det Supt Lynch said the screen could have been turned off saying: “My knowledge is the tracking device wasn’t followed north”.

He agreed that the PSNI were conducting surveillance in the north at the behest of An Garda Síochána but that he had not notified the PSNI when the jeep went into the north.

Retired Detective Superintendent William Johnston, the former head of the garda National Surveillance Unit (NSU), will return to court tomorrow at 2pm as the defence want to cross-examine him for a second time.

Mr Hutch (59), last of The Paddocks, Clontarf, Dublin 3, denies the murder of Kinahan Cartel member David Byrne (33) during a boxing weigh-in at the Regency Hotel on February 5th, 2016.

The non-jury court heard intelligence suggested that Dowdall travelled to Derry exactly a month before the murder to meet with a Real IRA member, and that on January 18th he again travelled to Derry, this time in the company of Mr Hutch.

The prosecution case is that Mr Hutch had asked Jonathan Dowdall to arrange a meeting with provisional republicans to mediate or resolve the Hutch-Kinahan feud due to the threats against the accused’s family and friends. Dowdall had driven Gerard Hutch to meet the republicans on February 20th, 2016, Mr Gillane told the court.

The Special Criminal Court has already viewed CCTV footage of what the State says is Gerard Hutch making two separate journeys to Northern Ireland with Jonathan Dowdall on February 20th and March 7th, 2016.

The former Dublin councillor is currently being assessed for the Witness Protection Program after agreeing to testify against former co-accused Gerard Hutch, who is charged with Mr Byrne’s murder.

Mr Byrne, from Crumlin, was shot dead at the hotel in Whitehall, Dublin 9.

Mr Hutch’s two co-accused – Paul Murphy (59), of Cherry Avenue, Swords, Co Dublin and Jason Bonney (50), of Drumnigh Wood, Portmarnock, Dublin 13 have pleaded not guilty to participating in or contributing to the murder of David Byrne by providing access to motor vehicles on February 5th, 2016.