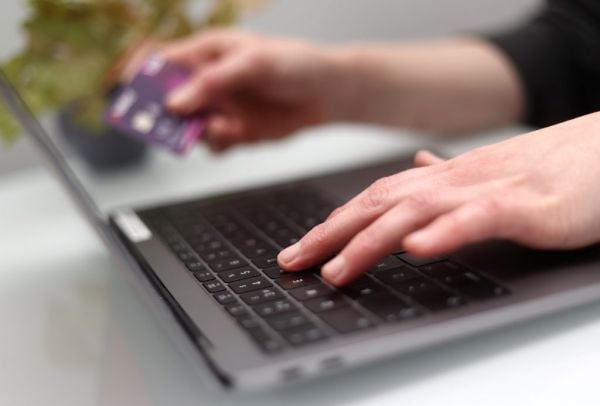 Gardaí are urging consumers to be in vigilant in order to avoid falling for scams put in place by cyber criminals as we approach Black Friday and Cyber Monday.

The warning comes as new figures from a report by Banking and Payments Federation Ireland (BPFI) showed that more than €45 million was stolen through frauds and scams in Ireland the second half of 2021.

It is estimated that up to €26 million will be spent in Ireland on shopping on Black Friday, with AIB predicting that €18,000 will be spent every minute on November 25th.

Detective Chief Superintendent Patrick Lordan, of the Garda National Economic Crime Bureau, told RTÉ Radio’s Morning Ireland that shoppers need to think twice before committing to a purchase online. He warned that if something looks too good to be true it often ends up being a scam.

“We are warning all shoppers thinking of shopping online, even if they are a regular shopper online, to be aware of the risk they are taking both this Black Friday, Cyber Monday and on the run-up to Christmas.

“Do a little bit of research. Don’t hand over your money to the first person you see on social media hoping that this product will be delivered.

“You have to ask yourself the question ‘would you hand over €50 or €100 to somebody wearing a dark mask on the street and they are going to go around the corner and come back with the goods? You wouldn’t, and that is what people are doing on the internet.

“They are giving money to people they have never met, they don’t know where their business is, in the hope that the goods will be supplied by these people,” he added.

Det Chief Supt Lordan said scam ads can be items costing relatively small amount, however, he warned: “Don’t be fooled by any of these ads. If they add up 400 people at €30 that is a lot of money to them.

“It is at the highest levels it has been since 2017. We are going back to pre-pandemic levels and a lot of that is driven by pre-pandemic shopping.

“With Black Friday happening and the run-up to Christmas we are urging customers to take care.”

Ms Davenport said consumers need to show increased caution in relation to their online purchases over the coming days.

“We know that fraudsters are continuously updating and adapting their tactics and tools.

“As well as scam texts, phone calls and emails, scammers have developed a range of techniques to convince online users to disclose key personal or financial information.

“Don’t hand over your money to the first person you see on social media hoping that the product will be delivered,” she urged.