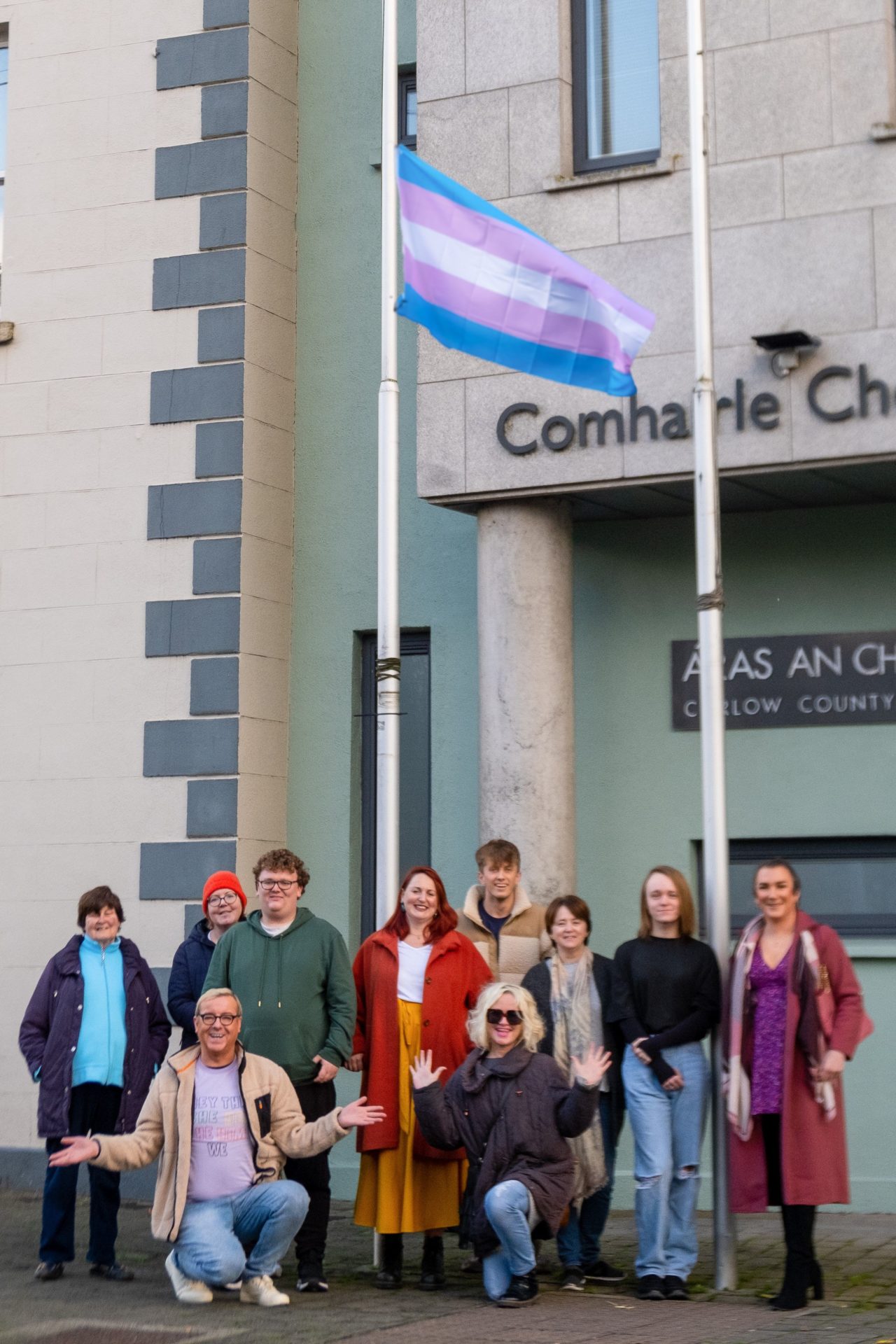 The trans flag was raised outside Carlow County Council on Sunday. Photo by: Alex Hayes Photography

THE trans flag flew over Carlow County Buildings in Carlow town for the first time, when it was raised on Sunday to mark Trans Remembrance Day.

The flag was hoisted by members of the LGBTQ+ community as well as cllr Adrienne Wallace, who had tabled a notice of motion in Carlow Municipal District to have the flag flown.

Trans Remembrance Day is to remember all the trans people who have died or those who have suffered transphobia or abuse. The flag raising comes at the end of Transgender Awareness Week, which is celebrated from 13 to 19 November.

‘Today and every day, let trans-identifying people live without questioning, judgement and opinion. We are dedicated to making Carlow a great place to live, no matter who you are. You can be trans and live in a small town or village. We don’t have to move to a big city to live a happy, productive and safe life,’ stated Carlow Pride Festival on its social media platforms.

In a statement, cllr Wallace said: ‘In recent times we have witnessed rural Ireland embrace and support the LGBTQ+ community. This is another important milestone for the trans community in Carlow to feel included and supported in their home county.’

However, cllr Wallace stated that members of the trans community are ‘still in the midst of a national healthcare emergency’ and pointed to the ‘collapse’ in adolescent trans healthcare since January and the fact that no replacement services have been established.

‘Adding to this, a freedom of information request supplied to Transgender Equality Network Ireland (TENI) shows the waiting list for the adult National Gender Service (NGS) has increased this year by 126 patients to 790 people by August, potentially resulting in patients waiting up to ten years to be seen,’ said cllr Wallace.

‘So although we fly the trans flag to remember the dead, we also have to recognise there is still a long way to go in terms of equal access to healthcare for the trans community in Ireland,’ she concluded.