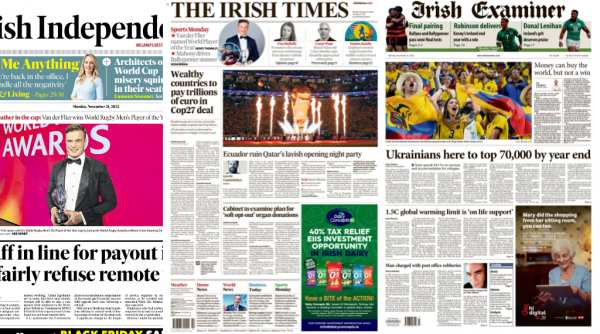 Monday morning’s papers are covering the opening of the 2022 FIFA World Cup in Qatar, reaction to Cop27 and a new estimate on the amount of Ukrainian refugees arriving in the country.

Gavin Cummiskey of The Irish Times reports from Qatar, where the host nation lost out to Ecuador following a “lavish” opening ceremony. 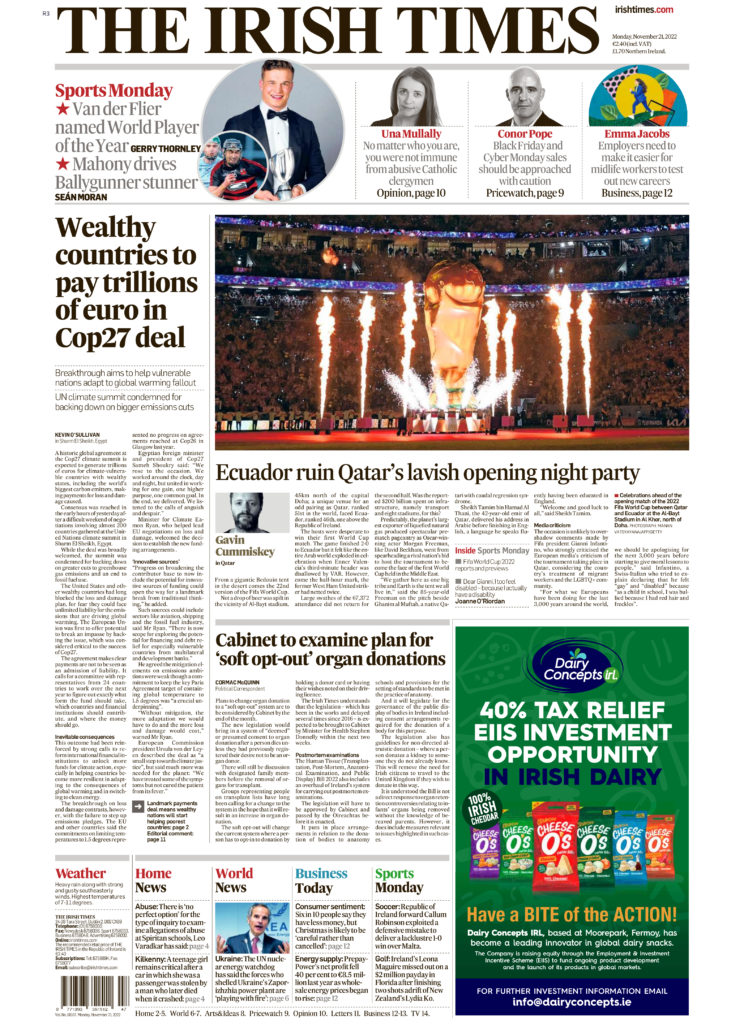 The Irish Indepenedent reports that new legislation will mean that employers will have to compensate employees if they not give adequate consideration to their personal situations when dealing with requests for remote working. 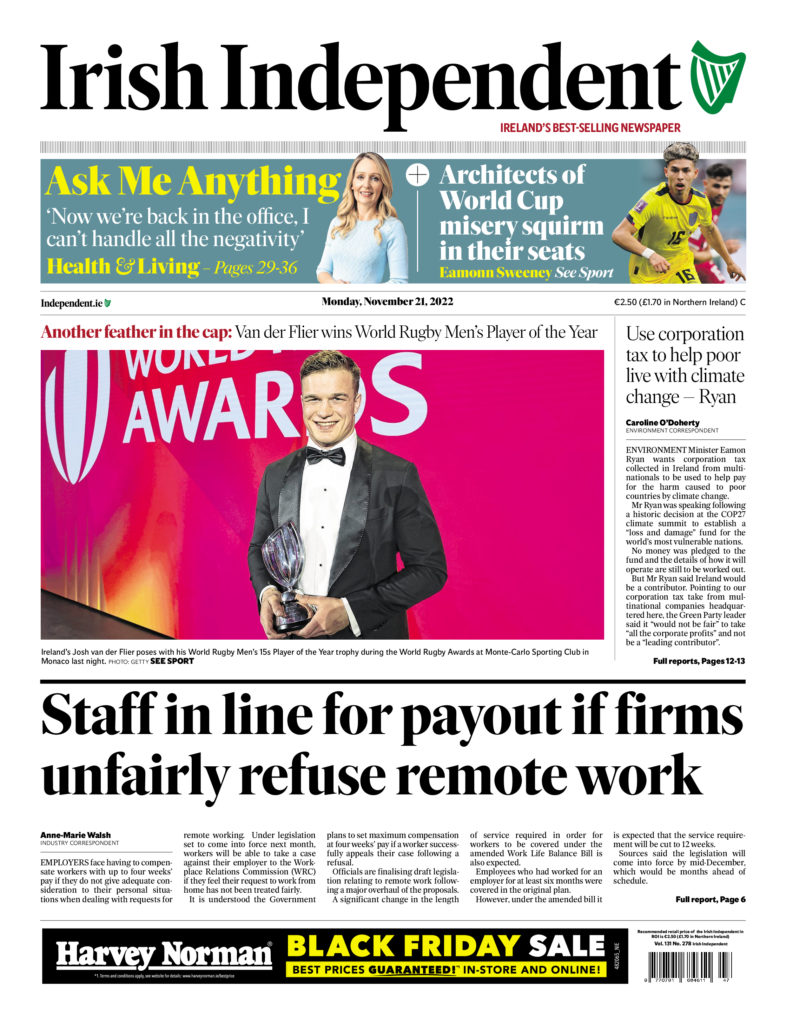 The Irish Examiner also reports on the opening of the World Cup, and on new estimates that there will be 70,000 Ukrainian refugees in Ireland by the end of the year. 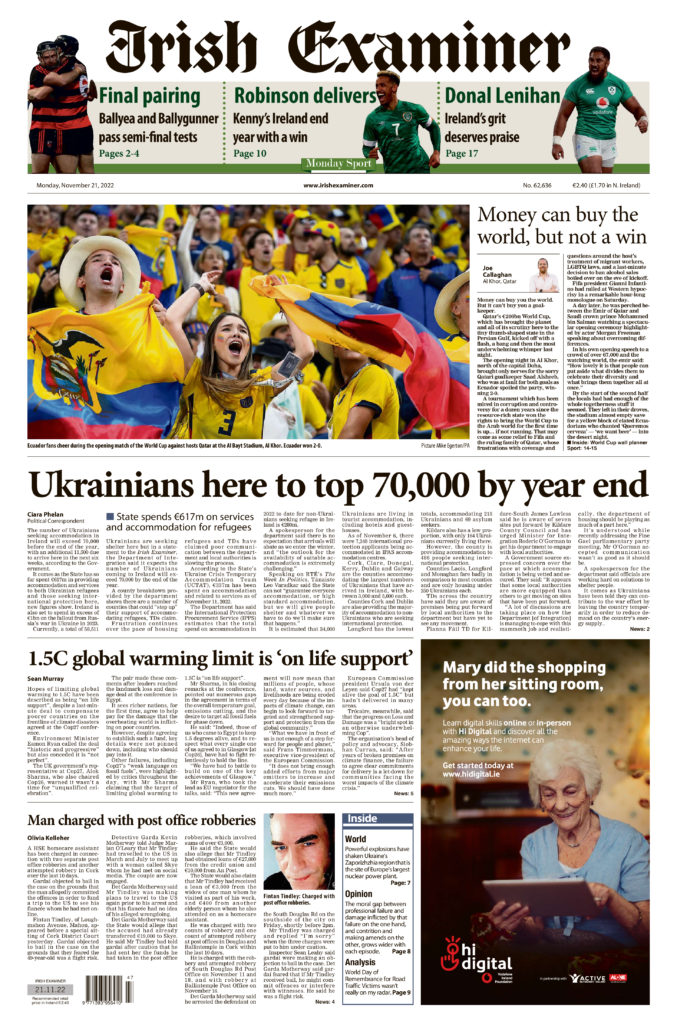 The Herald has more coverage of an incident in Co Kilkenny over the weekend: a 16-year-old girl will require more surgery after the car she was a passenger in was stolen and crashed. 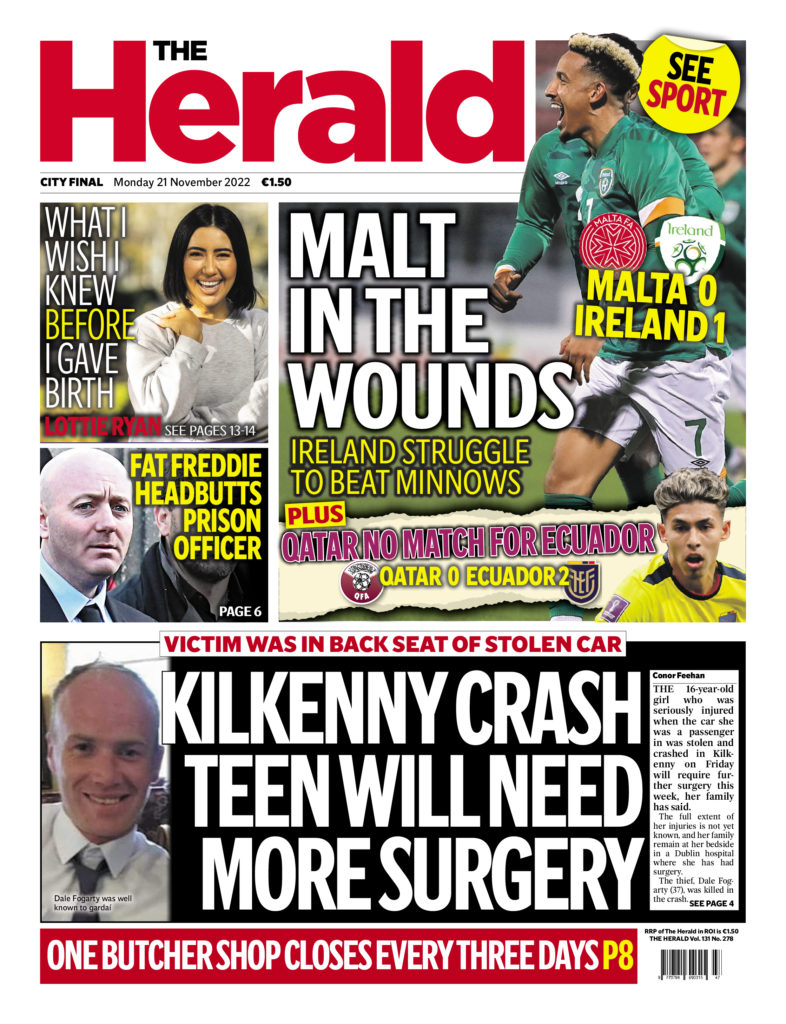 Question marks hover over the future of Cork’s Marina Market after a planning application was rejected by Cork City Council, according to The Echo. 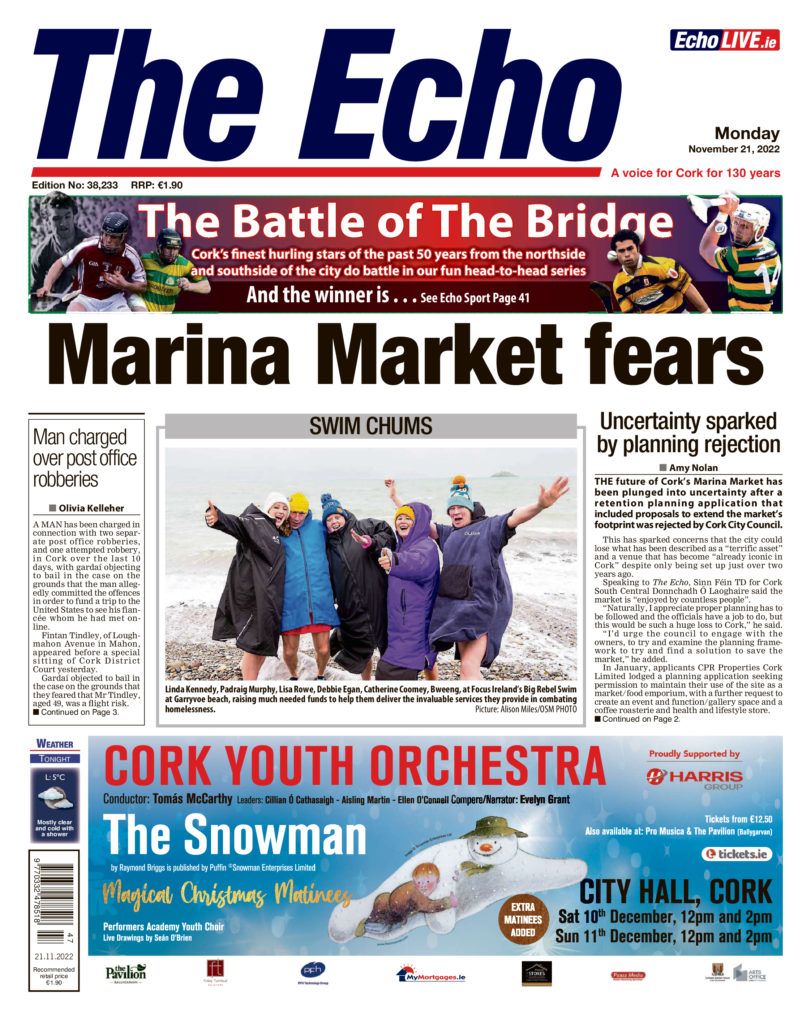 The Irish Daily Star carries exclusive photos of the inside of convicted paedophile Declan Power’s home.

In the UK, the papers focus on the fallout of Cop27 and tensions within the Westminster Government as the working week begins.

The Times reports patients face long waits for ambulances and emergency care for years to come as ministers accept there is little hope of hitting key targets by the next general election.

Figures published by The Daily Telegraph show hundreds more people than expected are dying from cancer each month in England following missed diagnoses during lockdown.

Climate experts warn in The Guardian that the world still stands “on the brink of catastrophe” despite the deal reached at Cop27 in Egypt on Sunday, in a story also covered by the Financial Times.

Tory Eurosceptic MPs have told the Prime Minister not to put the UK on the road to a Swiss-style relationship with the EU, according to the Daily Express, i and Daily Mail.

The Sun, Daily Mirror and Daily Star eagerly anticipate England’s opening match at the World Cup in Qatar, with the Star referring to the Three Lions skipper as “SuperKane”.

And Metro has comedian Joe Lycett seemingly shredding £10,000 of his own money after he presented David Beckham with an ultimatum to pull out of his role as an ambassador for the tournament, which is being hosted in a country where homosexuality is illegal.