Who can stop Verstappen and hope for Hamilton? Key questions after F1 finale 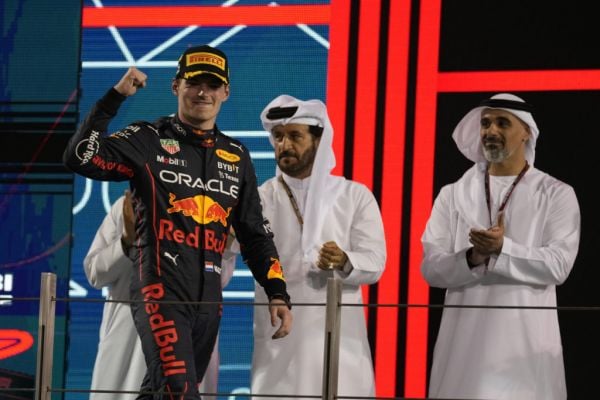 The Formula One season concluded on Sunday with Max Verstappen winning the Abu Dhabi Grand Prix.

Here’s a look at five questions following a campaign dominated by both Verstappen and Red Bull.

Is F1 braced for a period of Verstappen domination?

An amazing way to end an incredible season for us @redbullracing & @HondaRacingGLB.

All in all, the whole season has been unbelievable and it’s been very enjoyable with the team. Thank you so much to everyone for your hard work 💪 pic.twitter.com/nsUP2qhOIj

Given that Verstappen celebrated his 25th birthday only in September, and is probably yet to reach his peak at a Red Bull team built for him, it is not hyperbole to suggest Hamilton’s win record, and perhaps even the Briton’s championship haul of seven – a record he shares with Schumacher – is starting to look vulnerable.

How good has Verstappen been?

Sport is built on rivalries and the absence of a Hamilton-Verstappen rematch has been a major blow to F1. That said, nothing should be taken away from Verstappen, who is in the purple patch of his career.

Aside from two significant blips at the penultimate round in Brazil – a collision with Hamilton and subsequent refusal to switch positions with team-mate Sergio Perez – Verstappen has become a more measured version of the win-at-all-costs driver of last year, aided in part by the lack of a major rival.

He has been in a different postcode to Hamilton and Mercedes, and Charles Leclerc’s encouraging start to the season with Ferrari imploded through faults by man and machine.

A race that summed up our season. 😔 pic.twitter.com/48VAI6PUa7

Hamilton considered retiring from the sport following Michael Masi’s botched handling of last season’s finale. However, he was persuaded to return to avenge the nightmare of Abu Dhabi and claim a record eighth crown.

The 37-year-old lost his unique record of winning at least one race in every year of his career. He also finished sixth in the championship – his poorest result in 16 seasons – and scored 35 fewer points than his less established team-mate George Russell.

Can Hamilton launch a title tilt next year?

Despite his turbulent season, the seven-time world champion appears motivated to right the wrongs of 2022 and turn both his and Mercedes’ fortunes around.

Hamilton, who is set to sign a new multi-year contract extension with Mercedes to take him beyond his 40th birthday, has been encouraged by his team’s improvement.

Russell claimed Mercedes’ sole win at the penultimate round in Brazil, with Hamilton completing a one-two for the grid’s once-dominant team.

But Mercedes were third best to Red Bull and Ferrari in Abu Dhabi to suggest there is plenty of work to do over the winter if they want to carry Hamilton to another championship.

“My best race is still to come”

Sebastian Vettel achieved countless milestones in #F1, all whilst gaining a reputation as the nicest guy on the grid, confirmed by those who know him best.

Here’s what his friends, teammates and counterparts said about his historic career.

Sebastian Vettel brought the curtain down on his remarkable period in F1 following Sunday’s race in Abu Dhabi. The 35-year-old German was given an emotional send-off by the sport following an illustrious career which yielded four world titles and 53 wins. He will be missed.

Daniel Ricciardo took part in his final race for McLaren – and possibly the final race of his career – following two poor seasons with the British team. The 33-year-old is set to rejoin Red Bull as a reserve driver. Mick Schumacher, the son of seven-time world champion Michael Schumacher, has been dropped by Haas. Nicholas Latifi is on his way out of Williams.

Nico Hulkenberg (35) is back after three seasons out, to take over from Schumacher. On Monday, it was confirmed that Logan Sargeant will become the first American on the grid since 2015 after securing a drive with Williams.