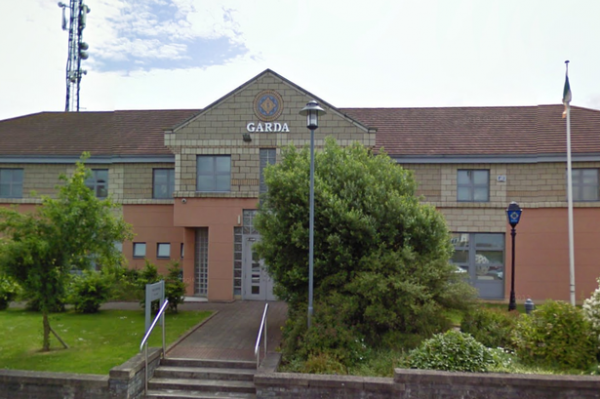 Members of the community in Ballyfermot, Dublin plan to visit their local garda station on Tuesday to show solidarity with two gardaí who required hospital treatment after they were assaulted while responding to a public order incident during the early hours of Monday morning.

Local Fianna Fáil Councillor Daithí de Róiste, who is a member of the Dublin City Joint Policing Committee, said there is widespread shock and condemnation in relation to the attack in the local community.

However, he told RTÉ’s Morning Ireland that we need to move on from such expressions of horror to developing a targeted response to assist both gardaí and the community in the area.

Everybody condemns these actions, but we need more than words right now.

“Dublin City Joint Policing Committee meets today. Everybody condemns these actions, but we need more than words right now. We are a community crying out for action. I am going to be calling today for a multi agency approach with a clear strategic plan.

“Similar to the response that the north inner city received in recent years with the political will and a strong figurehead to address these issues. Because this cycle of bad events, strong condemnation and then simply move on needs to be broken.”

“Local gardaí go out to serve every day and to keep the community safe. Ballyfermot Garda station was downgraded about 15 years ago.

“We have skeleton response crews because frontline regular units are so depleted across the area.

“Regularly I hear stories of gardaí in an empty garda station who are put in an impossible situation. We hear numbers along the lines of community teams that should have about eleven or twelve gardai and sometimes have three or four gardaí.

“We hear numbers of a garda station whereby there is literally someone just manning a desk. The lights are on in the station, but there is literally nobody home. Calls come in, and they have to be dealt with and guards are on the desk need to send resources but very often they are not there.

“I spoke to a resident last week who said that if something is happening in the local area you are better off saying that there is a gun because you are guaranteed to get a response back. That is not good for gardaí and for a community that needs to feel safe. It is about looking for a way forward and for looking at a way to break that cycle that exists.”

Mr Leahy said that whilst body cameras aren’t a “panacea” they offer another solution to protecting gardaí.

“And also to protect the community. So I would be absolutely in favour of progressing with this. I think the legislation will address the concerns involved. This argument (over body cams) has taken place across the world before it has landed in Ireland. It hasn’t come down on one side or the other definitively, but there is good feedback on both sides.

“Both the public and police feel that it would protect them from each other in most jurisdictions. It is not a panacea. It is just another tool in the box. The gardaí certainly need to be protected in some way because the rules seem to have broken down in some areas and about two and a half thousand guards have been injured on duty over the last ten years. That is just the tip of the iceberg. The majority of guards don’t report it because they see it as being part of parcel of the job they do.”

The executive director of the Irish Council for Civil Liberties Liam Herrick also spoke to the show, condemning the attack.

However, on a wider level he said we operate “with the myth that Ireland has an unarmed police force” when between “20 and 30 per cent of members of An Garda Síochána are carrying firearms”.

Mr Herrick said that we need to have a discussion to ensure that gardaí have the necessary equipment to allow them to do their job but “if they are using force there needs to be proper regulation of it.”

“So I think there is a wider debate here as well as the question of body cameras. I agree we should have a clear examination of the evidence (in relation to body cams). There was a consultation process. We took part in it and other organisations did too.

“The idea was that the review of all the evidence was going to be published. The research has never been published. So the public is in the dark about what the evidence is.

“We have looked at the evidence from around the world. And we are not convinced that it is going to protect guards or the public. But we are open for a discussion on this. There is legislation due to come before the Oireachtas over the next couple of weeks. I think now is the time to look at it.”

Mr Herrick added that it is a simple question of cost and benefit.

“If body cameras delivered benefits in terms of either protecting the guards and if they also reduced the inappropriate use of force by guards we would be for them. But unless you can prove that is the case what you are doing here is adding an additional level of surveillance, so surveillance brings risks that private actions would be shared inappropriately and so on. You need to meet a threshold here.

“There is a question here about the relationship between the gardaí and the public. We try to have a community policing model in Ireland. If we go down the road of surveillance being at the centre of policing in a way that is unnecessary or doesn’t show clear benefits then I think we risk damaging the relationship between the public and the community. If the evidence is there we are for it but what we have seen so far is not a proven case.”