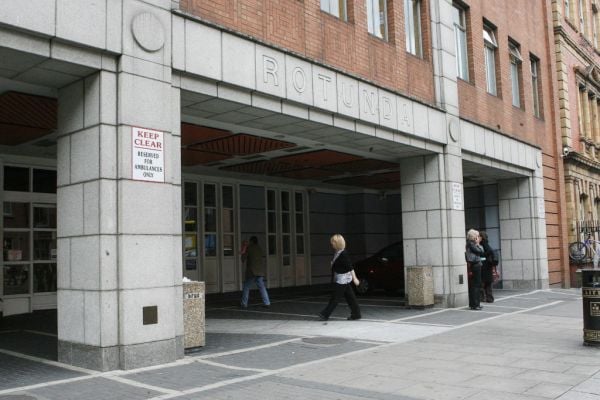 A 13-year-old boy, who as a baby in hospital suffered a burn to his leg when a solution allegedly leaked from a tube inserted into his foot, has settled his High Court action for €75,000.

Tomiwa Bobby Agbaje, from Mallow, Co Cork, was only five days old and in the Intensive Care Unit (ICU) of the Rotunda Hospital in Dublin when the incident occurred.

His counsel, Dr Ciaran Craven, instructed by Gary Matthews, solicitor, told the court the boy was born premature at 27 weeks, but when he was five days old it was found he had too much acid in his blood. Upon this discovery, it was decided that an infusion of sodium bicarbonate would be administered.

Dr Craven said it was their case that the solution caused a burn to the baby’s left foot after the cannula was inserted, leaving the boy with a scar. Counsel said a breach of duty was admitted in the case in relation to the release of the solution.

The boy had, through his mother Agijat Adekunle, sued the Rotunda Hospital, at Parnell Square, Dublin.

He was born at 27 weeks premature at the Rotunda on October 3rd, 2009. Soon after his delivery, he was transferred to the hospital’s ICU where he was intubated and ventilated for a short period of time.

When he was five days old, a capillary blood gas sample was taken which showed up the acid. It was claimed a decision was made to administer a sodium bicarbonate infusion to provide a half correction for the baby.

A doctor later noted a chemical burn on the left foot, resulting in an open wound to the skin with bone visible.

The baby was referred to the plastic surgery team at the hospital for treatment and the wound was irrigated with a litre of saline a few times a day and wet dressings were applied.

It was further claimed there was an alleged failure to put in place at the time adequate protocols or policies or guidelines about the prescribing and administration of intravenous sodium bicarbonate.

Approving the settlement, Mr Justice Paul Coffey said it was fair and reasonable.