Glazers preparing to put Manchester United up for sale – reports 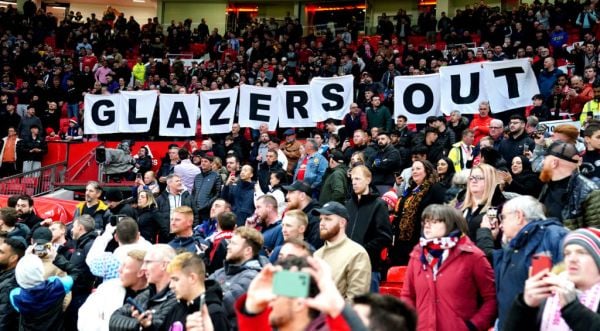 The Glazer family are preparing for a potential sale of Manchester United after 17 years of ownership, according to a report.

Sky News claim the unpopular American owners – who have faced significant fan opposition during their tenure – are set to announce their intention to examine potential sources of outside investment which could ultimately lead to them relinquishing control at Old Trafford.

Investment bankers, the report said, are being instructed to advise on the process, which is likely to include a full or partial sale, or strategic partnership with third parties.

The Glazers took over at United with a £790million leveraged buy-out in 2005.

If they decide not to sell they could still look for an investment partner to raise capital in order to fund a much-needed redevelopment of Old Trafford.

United have not commented on the claims.

Owners of arch-rivals Liverpool Fenway Sports Group, also based in the United States, are currently exploring similar options for the whole or partial sale of a club bought in 2010 for £300m but now worth at least 10 times that.