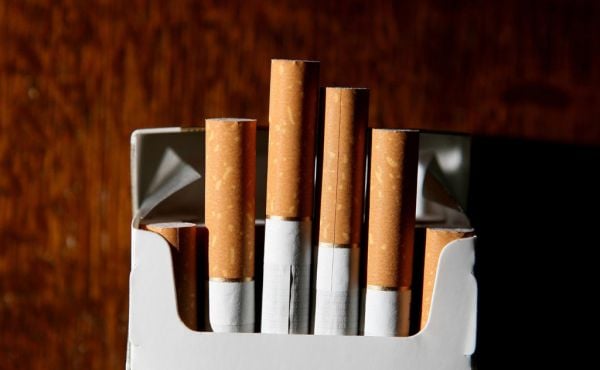 A graveyard flower seller has been jailed for his role in supplying shops and private homes with untaxed tobacco products.

When Revenue officials moved in on Eamonn Lynch (44) at a container storage yard in north Dublin they found cigarettes and loose tobacco with an estimated retail value of just over €217,000, Dublin Circuit Criminal Court heard.

Lynch of Lanesborough Ave, St Margarets, Dublin pleaded guilty to delivering tobacco products without a stamp on October 10th, 2020. He also admitted evasion of excise duty of €175,151 on 193,800 cigarettes and 150kg of fine cut tobacco with intent to defraud the State.

Ms Treacy told the court during a surveillance operation targeting Lynch over a number of weeks investigators observed him driving into Swords Yard, Sandyhill, St Margarets. He was observed there moving a number of large brown boxes into the van.

These boxes are known as “master cases” and could contain up to 10,000 untaxed cigarettes. The court heard that Lynch was driving these cases to private houses and retail units.

When Revenue officials stopped him, they also found a list of names and amounts. He told investigators that he didn’t own the items and that “the fella who owns it” would ring him once a week on Monday with instructions.

He said he was paid €100 a day to make deliveries. When asked who this owner was, Lynch said “I can’t tell you”, adding “he told me not to cross the line, or I know what will happen; nobody in Dublin will cross him, it’s not worth it”.

A subsequent search of Lynch’s home found €28,000 in cash and around $1,300. The court heard his involvement in this offending went back to three years before this prosecution.

A character witness told defending counsel Justin McQuaid BL that Lynch had a flower selling pitch at Sutton graveyard and also ran a courier business which did national deliveries. The witness told the court when that war broke out in Ukraine, Lynch drove out there with a van full of much-needed supplies for refugees.

Sentencing on Tuesday, Judge Martin Nolan noted there was “excellent” mitigation in the case, including that Lynch was a hard-working man who had carried out charitable work.

But the judge said that “depriving the State and Revenue of this amount of money is a serious matter”. He said such serious misbehaviour deserved a custodial sentence, and he handed down a jail term of two and a half years.

Some of Lynch’s supporters were visibly upset after the sentence was imposed.