Ireland to stop using tents to accommodate Ukrainians and other refugees 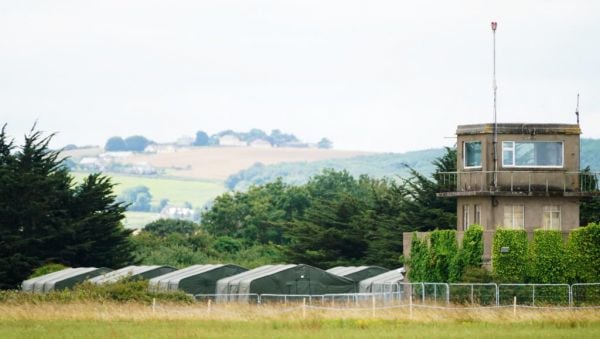 Ireland will stop using tents to house refugees despite a severe shortage of suitable accommodation, the minister for integration has said.

Roderic O’Gorman told an Oireachtas committee that there are 310 people living in tented accommodation, which had been used as an emergency measure this autumn amid record high numbers of homeless people and high house prices and rents.

Military-grade tents at the Gormanston army camp in Co Meath and other locations have been used to house refugees temporarily as more permanent accommodation was sought.

Mr O’Gorman said that if they had not used hotels, Ireland would have had to stop taking in Ukrainian refugees from March or April.

The minister also said that the Government was aware of “nefarious groups” stoking fears in East Wall in Dublin city around housing international protection refugees in the area.

It comes after two large protests were held in East Wall over refugees being hosted in an old ESB office block.

Some protesters said there was not enough consultation with local people, others that the office building was not a suitable home for families.

“There’s 310 in total living in tented accommodation, we’re going to cease that use.”

On the lack of consultation at East Wall and elsewhere, Mr O’Gorman said: “We are having to act far more quickly than I would like, but it is for the very simple reason that we are needing to be able to find beds, spaces for people on a daily basis,” adding that the work is being carried out by a “small team”.

Social Democrats TD Holly Cairns said that “far-right agitators” had taken advantage of the situation at East Wall to spread “fear and discord”, and that these views were not representative of most people in East Wall or Ireland.

“We need to condemn in the strongest terms anyone who blames refugees or asylum seekers for any of our problems,” she said.

“If people want to protest, I think come to Leinster House and express your opinions (to) decision-makers, instead of integrating those who come to the state seeking safety.”

Mr O’Gorman agreed with Ms Cairns on “the misuse of concerns by certain nefarious groups” and said he was “aware of that”.

Green Party TD Patrick Costello said that there was a growing danger of far-right figures taking advantage of communities’ genuine concerns about housing.

“We have a very genuine crisis and we have very genuine problems here that are being exploited in a very deliberate way by an aggressive and dangerous far-right element in this country.

“The problem is that they’re using some genuine concerns, they’re using these issues, and they’re exploiting them to drive a wedge,” he said.

He said this was “a threat to democracy” and “to our system of government”.

“Fears are being whipped up and are being sown and are spread.”

Sinn Féin TD Mark Ward said that there had been a “complete lack of planning” in the East Wall area around refugees, saying it was disrespectful to both local people and refugees.

Responding to concerns raised at committee about emergency accommodation, Mr O’Gorman said: “It’s a significant task for the department in terms of having to find additional accommodation for everybody there as well as for people who are arriving newly.

“I also recognise it’s very significant for the people who have been living in that particular accommodation – be they from Ukraine or international protection applicants, who may have been living there for a while, may have put down some roots, may have developed some element of stability – and I recognise that moving people in those circumstances is really difficult.

“But it is, I suppose, a consequence of the fact that we have, in order to meet the needs of the significant number of people who have arrived in our country, we have placed a heavy reliance on hotel accommodation.

“We wouldn’t be able to accommodate that many Ukrainians if we weren’t using hotels.

“We would have had to inform the Ukrainian authorities (that) we can’t accommodate people very early – in March, in April of this year – and we wouldn’t have been able to mount the sort of humanitarian response that we have done if we hadn’t used our hotels,” he said.

He added that the state is now looking at other sources of accommodation, one of which was the refurbishment of large office buildings on a temporary basis.

Another is the construction of modular homes for Ukrainians.

“There are 500 units to be delivered under the programme as currently agreed, but I think there is scope to add, to extend that subsequent to another government decision,” he said of the pilot.