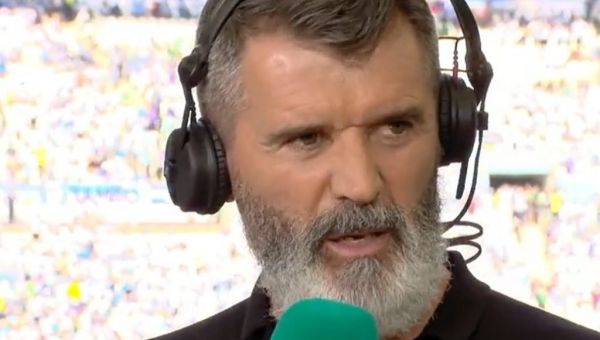 Roy Keane has said the World Cup should not be in Qatar due to human rights issues in the country around its treatment of migrant workers and the LGBTQ+ community.

Keane, who is on punditry duty with ITV, said it was right to highlight human rights issues in the country.

He was responding to fellow Souness who said there are obvious issues, before adding “we don’t live in a perfect world”.

“It’s been mentioned about the corruption regarding Fifa, the way they treat migrant workers, gay people… I think it’s great that it’s being brought up. They shouldn’t have the World Cup here, you can’t treat people like that.

“They shouldn’t have the World Cup here, you can’t treat people like that, we all love football, but to dismiss human rights flippantly because of a football tournament, it’s not right.”

The pair also clashed over the penalty Argentina were awarded, converted by Lionel Messi, in the first-half of their shock 2-1 defeat to Saudi Arabia.

“The World Cup shouldn’t be here, you’ve got a country and the way they treat migrant workers, gay people. We’re on about spreading the game but dismissing human rights, it’s not right. It shouldn’t be here.”

Powerful words from Roy Keane about the World Cup in Qatar pic.twitter.com/lAUbItPC0Z

Speaking on Monday, Keane was critical of England and Wales for not going ahead with plans for their captains to wear OneLove armbands following the threat of sanctions from Fifa.

“I think the players could have done it for the first game – took the punishment, whatever that might be,” the Manchester United legend said.

“If it’s Kane you’re risking getting a yellow card, but that would have been a great statement.

“Do it for the first game, get your yellow card and what a message that would have been. Take your medicine and in the next game you move on. You don’t wear it because you don’t want to get suspended but, I think it was a big mistake because both players – Wales and England – should have stuck to their guns and done it.

“No matter the pressure from the outside and the associations, have the belief, if that’s what you believe, then go with it.”