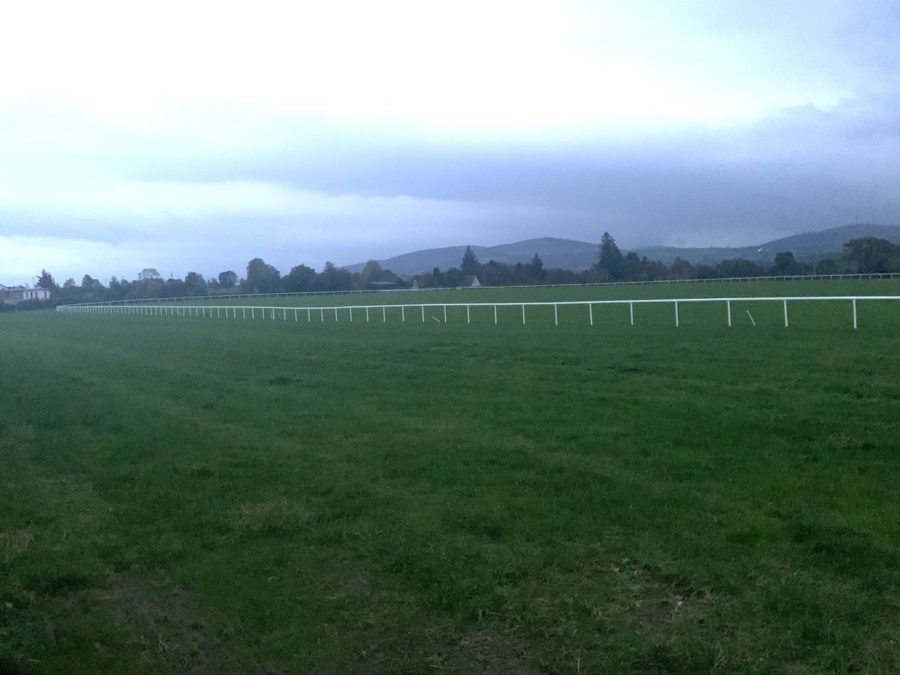 The horse training track at Killinure

A HORSE-training track is not disturbing an old burial ground on land near the Carlow-Wicklow border, according to the landowner.

In recent weeks, a significant amount of rail fencing and jumps have been erected in a large field at Killinure, just over the Wicklow border. ***The Nationalist*** was contacted by a local, who feared that an unmarked burial ground that is hundreds of years’ old was being disturbed.

The land is owned by Thornhill Agri Ltd, which is based in Tullow. Patrick Nolan of Thornhill said he would never interfere with a burial ground but, at the same time, did not know where the burial ground was located in the field.

“I would be mindful and respectful of it, but when there is no visible sign, how do you know if no-one can tell you?” he pointed out.

Mr Nolan said the ground had not been disturbed by the new fencing. “It is the same as it was,” he said.

A local, who did not wish to be named, contacted ***The Nationalist*** and claimed he was certain the rail fence ran through part of the burial ground, citing a 19th century map where it is described as a ‘grave yard’. However, another local who knew the land believed it was not possible to be certain about the burial ground’s location without specialist investigation.

The burial ground is listed with the National Monuments Service (NMS) and has protected status. It is believed to have been in use between the 1600s and 1800s.

A complaint had been made to the NMS about the issue and a spokesperson confirmed that the NMS and the Department of Housing, Local Government and Heritage was investigating the matter.

Mr Nolan told ***The Nationalist*** that he had not yet been contacted by any agency, but stressed he was happy to talk to locals about any concerns they had. “If I have to move the rail 10ft or 5ft, that’s what I will do,” he said.

The land was bought in 2015 and Mr Nolan said it was mentioned to him by a local at the time that there was a burial ground somewhere on the land. However, he said no evidence of the burial ground had emerged during conveyancing.

There was also some concern locally regarding the scale of what was planned at Killinure.

Mr Nolan said the fencing would be used to familiarise novice horses with a track for race preparation. Mr Nolan stressed it would not be used for public events, such as point to points or racing events. Mr Nolan said the track was exempt from planning.