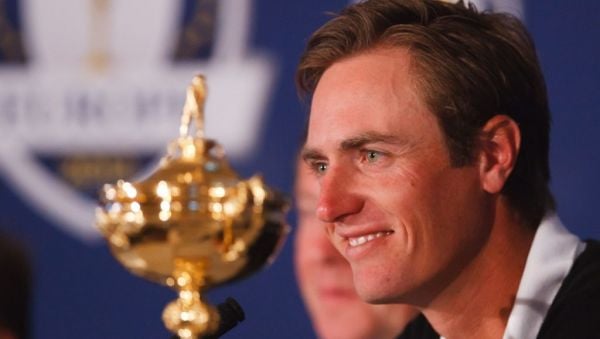 Luke Donald has named former team-mate Nicolas Colsaerts as his third vice-captain for next year’s Ryder Cup in Italy.

Colsaerts was part of Europe’s “Miracle at Medinah” in 2012, making eight birdies and an eagle on his debut as he partnered Lee Westwood to victory over Tiger Woods and Steve Stricker.

The 40-year-old joins 2018 captain Thomas Bjorn and Edoardo Molinari on Donald’s backroom staff as Europe attempt to regain the trophy from the United States at Marco Simone Golf and Country Club in September 2023.

“My first reaction when Luke asked me was sheer joy,” Colsaerts said.

“Every time I hear the words Ryder Cup it takes me back to the edition I played in, how proud I was to wear the European colours and be part of such an unbelievable event.

“Of course, Luke was in that team too and when we spoke he mentioned how much he has always loved what the Ryder Cup means to me.

“Being a vice-captain is a different role to being a player but, nevertheless, my mission in 2023 will be exactly the same as it was in 2012, namely, to make a contribution to the team in any way I can.

“Rest assured, whatever I am asked to do, I will do it.”

Donald added: “Nico has been on my mind for a couple of months now to be honest.

“I played in the team with him in 2012 and you could just see how much it meant to him. He understands what it means to represent the European crest and what it means to be part of the Ryder Cup set-up.

“When I asked him he literally had goosebumps so I am very happy to have him as my third vice-captain.

“Nico gets along extremely well with all the guys out here on the DP World Tour and he will be a great person to help keep an eye on things here in Europe in periods when I might be in the US.”