Recycling to be made easier at Powerstown 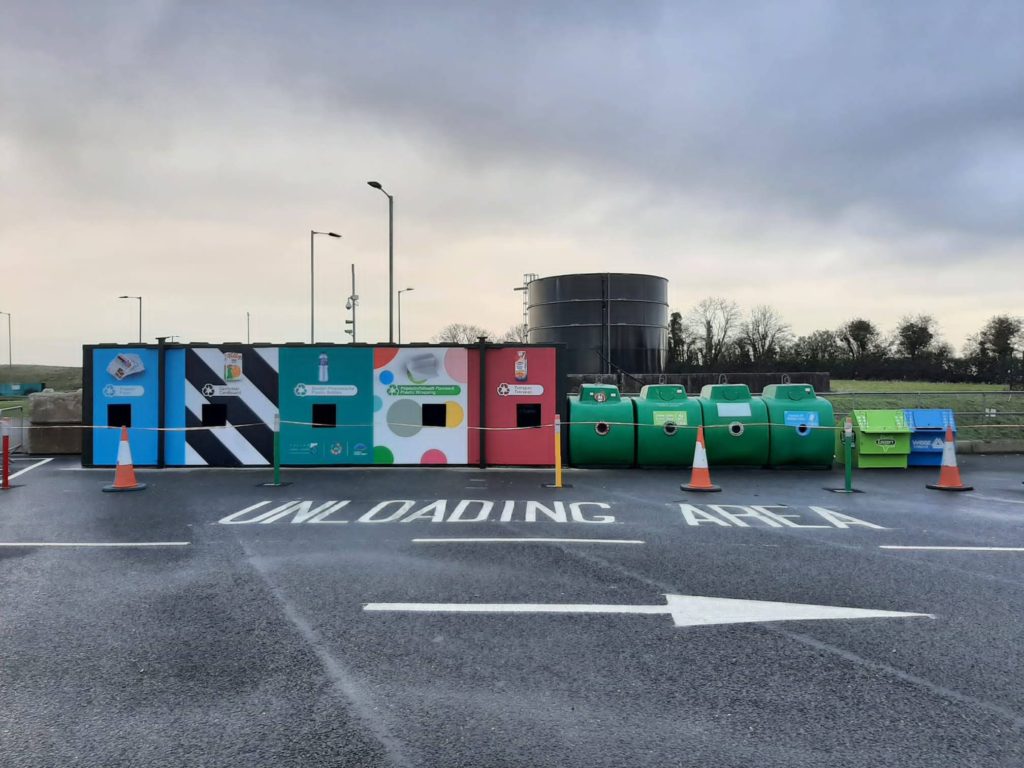 CARLOW looks set to become the first in the country to provide universal access when it comes to recycling in an innovative project at Powerstown Civic Amenity Site.

At last Monday’s meeting of Carlow County Council, senior executive engineer Tadhg Madden outlined the Access for All project at Powerstown Civic Amenity Site, which involves the design and development of receptacles, with less-able persons, children and the elderly in mind. Eleven receptacles have been put in place at Powerstown, each one allowing for greater accessibility, while they are also coloured appropriately and identified clearly, making recycling easier for all.

Mr Madden stated that the project was the first of its kind in the country and there was “a very high probability” that it will be rolled out on the national stage.

Access for All is just one of many changes that will be implemented at Powerstown Civic Amenity Site in the coming weeks. These also include the replacement of the site’s access barrier to allow for a cashless option when entering, and also a new one-way system with designated unloading areas and pedestrian access clearly defined.

Mr Madden also outlined other anti-dumping initiatives to be rolled out by the council’s environmental section, while acknowledging the huge challenge the local authority faces in dealing with the “27 tonnes of illegal dumping” deposited across the county annually. “There are only five of us and there is a huge volume of work,” said Mr Madden.

He stated that incidents and complaints of fly-tipping and litter blackspots are all logged, with initiatives launched or planned by the local authority to tackle ongoing litter problems such as cigarette butts and chewing gum.

Mr Madden also outlined the introduction of “smart enforcement” initiatives, the use of audio voice at bring banks, which encourages users not to leave boxes, bags or other materials behind. Such audio messages are now in place at Askea, Carlow Town Park, Duckett’s Grove, Clashganny and Tullow Bring Centre.

Cllr William Paton said that it was “very encouraging” to see staff involved in such innovative projects and spoke of the success of the recent WEE collections across the county. However, he did point out that while the message was getting through to people, there was “an element who still think nothing of dumping chip bags, cigarettes butts or black sacks”.

“It’s not fair, it costs a fortune and it’s so wrong,” he added.

Cllr John Pender stated that while the county was “well served” with waste services in terms of Powerstown and O’Toole’s facility in Fenagh, he added that “unfortunately it’s not the people that use these services that’s the problem, but the people who don’t use them”.

“What action is being taken on these people, because people in rural areas are sick to the teeth picking up other people’s rubbish?” he said.

Cllr Pender asked about the use of cameras in known litter blackspots and encouraged a “make the polluter pay” policy.

Cllr Adrienne Wallace described cigarette butts as a scourge, adding that even on litter picks they often can’t be picked up. Cllr Wallace also highlighted litter on motorway exits and asked if the council or TII was responsible for these areas.

Cllr Andrea Dalton agreed with a ‘polluter pays policy’, adding that she would like to see “fines being significant and people named and shamed”. She stated that at Junction 5, and in Tinryland in general, there was often a “huge amount of fast-food packaging”.

Cllr Dalton also raised a previous suggestion by cllr Fergal Browne that in an increasingly cashless society there could be some record of a purchase recorded on fast-food packaging.

Mr Madden said there were issues in relation to data privacy when it came to the use of CCTV; however, new legislation has been enacted which will make this increasingly possible. Mr Madden also agreed with talking to fast-food outlets in relation to their obligations under the ***Litter Act*** and to TII in relation to motorway exits.