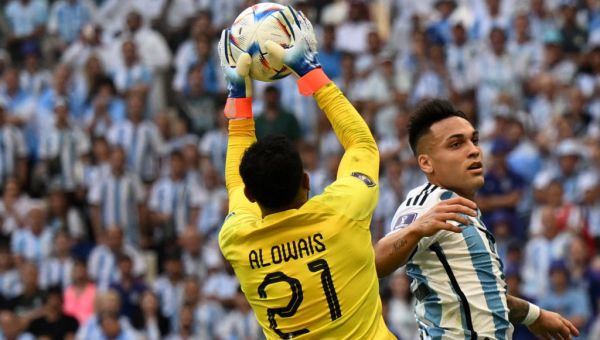 Saudi Arabia have pulled off the shock of the World Cup so far with a 2-1 victory over Argentina in Group C.

While Argentina were the heavy favourites, Saudi Arabia were fully deserving of their win.

They came back from Lionel Messi’s first-half penalty to win the game, and a number of players put in impressive displays including goalscorers Saleh Alshehri and Salem Aldawsari.

However, the man of the match was undoubtedly goalkeeper Mohammed Alowais who made a number of impressive saves to secure the famous victory.

He was a commanding presence in the box and on one occasion a high jump ended in an unfortunate clash with teammate Yasser Al-Shahrani.

It looked like a serious injury for Al-Shahrani and Alowais was visibly upset. However, Al-Shahrani did not lose consciousness and was on his feet before leaving the pitch on a stretcher.

Alowais was not put off from putting his body on the line though, as he made another high jump to keep Saudi Arabia ahead late on.

Here’s a look at the stats behind Alowais’ performance.

Along with the two high claims mentioned, he made five saves inside the box, with a percentage of 83.3 per cent, one punch and two clearances. 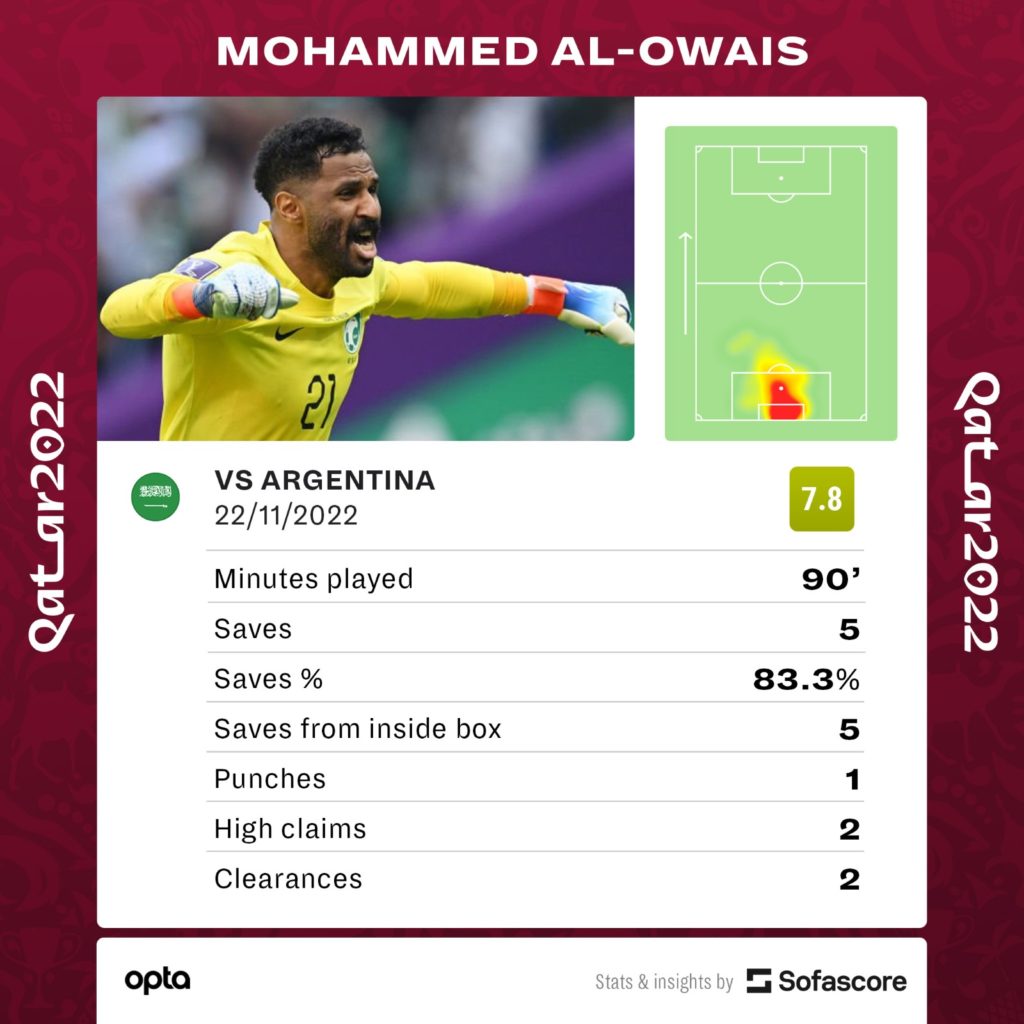 Speaking after the win, manager Herve Renard said: “I decided to come to this country three and a half years ago and since this time I’ve had the management, amazing president and the ministry of sport were always behind us.

“Even when we visit our prince two, three weeks ago he didn’t put any pressure on us.

“This is the way you have to work in football because when you are putting too much pressure it’s not working all the time.

“We prepared very well and today all the stars in the sky were in the same line for us.

“But don’t forget Argentina are still a fantastic team. They came here without losing lose any game in 36 and they are South American champions.

“They have amazing players, but this is football. Sometimes things completely crazy can happen.”