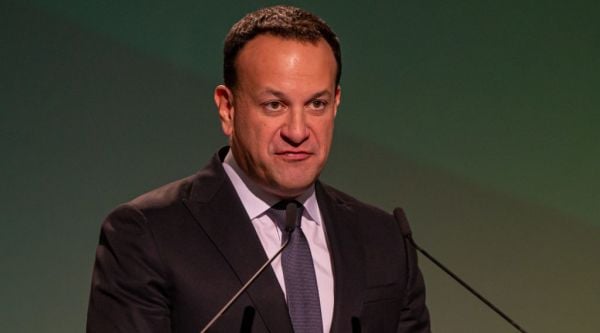 It is “not right” for communities to have a veto on who can live in their area, the Tánaiste has said.

Leo Varadkar said it is important that consultation with communities over refugee centres is not confused with the idea that people can choose who lives near them.

Mr Varadkar said the Government will do everything it can to avoid Ukrainian refugees becoming homeless, but it would be “impossible” to give an absolute commitment that that will not happen.

His comments came after two large protests were held in East Wall, Dublin, over refugees being housed in a former ESB office block.

Some protesters said there was not enough consultation with local people, and others said the office building was not a suitable home for families.

The Fine Gael leader said the State is dealing with an “unprecedented” increase in the number of refugees and asylum seekers, largely driven by the war in Ukraine.

It is expected more than 70,000 asylum seekers will have arrived in Ireland by the end of the year.

“I think it is important that we consult our communities,” Mr Varadkar said.

“That is the right thing to do and we’ll have to work out how we can do that better in future. But I don’t think any community can have a veto on who gets to live in their area.

“It has never been the case that when a new housing estate was built near me that I was consulted on who got to live there, the same thing would apply to a new apartment block.

“I think we need to be very careful not to make the mistake of confusing consultation and information with communities, which is important, with the idea that any community can have a veto on the kind of people who get to live in their area.

Mr Varadkar made the remarks at the announcement of a major new offshore wind partnership between Ocean Winds and Bord na Mona in Dún Laoghaire, Co Dublin.

Asked if he was concerned that Ukrainian refugees could end up homeless after arriving in Ireland, the Tánaiste said: “We’ll do everything we can to provide them with shelter and that will range from accommodation in people’s homes to retrofitting old warehouses, office blocks, using hotels, using modular housing and rapid build.

“I would love to be able to say that we can provide own-door self-catering accommodation to everyone who arrives in Ireland from any part of the world.

“I can’t promise that and I don’t think any government in the world is able to do that. But what I can say is that we’ll do everything possible to make sure that everyone is offered shelter and nobody is left without shelter, and I think we can achieve that.”

Another protest by East Wall residents on Wednesday was called off after Minister for Finance Paschal Donohoe and Minister for Integration Roderic O’Gorman said they would meet residents to hear their concerns.

There has been a severe shortage of suitable emergency accommodation as the number of Ukrainians in Ireland has increased. The latest figures show about 63,000 have arrived since the outbreak of the war in their home country in February.