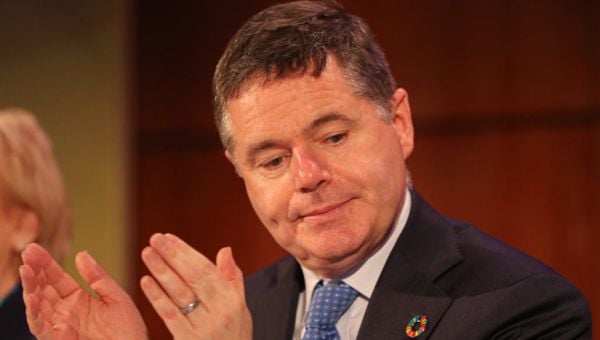 Ireland’s fiscal watchdog has said that the “relative” strength of digital and pharmaceutical companies will support the dampened Irish economy, despite inflation.

Spending could also be supported by “exceptional” levels of savings built up during the pandemic and by an increases in wages across some sectors.

It concludes that the near-term outlook for the Irish economic growth has “weakened”, while the medium-term outlook is “difficult to assess”.

In an assessment of various risks to the Irish economy, the council’s report found that corporate tax reform and high interest rates could lead to a partial reversal of foreign direct investment in Ireland, which would represent “a significant negative development for high-skill job creation”.

It also concluded that there was a medium risk that “renewed frictions” between the EU and the UK “will harm growth prospects, and that the full impact of Brexit on the Irish economy will prove more severe than assumed”.

Its Fiscal Assessment Report found that at current rates, spending would be “insufficient” to maintain the existing services and benefits as costs rise due to Ireland’s aging population.

“‘Stand-still’ estimates from the council — which assume that spending grows in line with demographic and inflationary pressures — suggest that current spending in 2024 and 2025 would be insufficient to fully accommodate demographic and price pressures, by an average of 0.8 billion euro per year.”

The Fiscal Council also noted its approval of Budget 2023 adjusting its tax receipts to allow for the excess corporate tax revenue.

It said that a forecasted deficit of 3.1 per cent national income for the year had narrowed from 5.1 per cent in 2021 — despite cost-of-living measures, the defective concrete blocks scheme, and increases in public sector pay.

It said that this “reflects strong revenue growth” and lower pandemic-related spending, with the deficit possibly narrowing further as revenues next year are “likely to outperform”.

The council also said that there was “a window” for Ireland to get debt down to a level where the exposure to changes in interest rates or growth is “relatively manageable”.

On Budget 2023, the council said that the Government’s one-off cost-of-living package worth over €3 billion targets a third of its measures at those most in need.

“The council estimates that approximately 33 per cent of the temporary spending for households announced in Budget 2023 is targeted,” it said.

“However, the degree of targeting of temporary measures needs to be viewed alongside the permanent spending measures introduced. Increases in core social welfare rates are more heavily targeted at those most in need.”

The Fiscal Council repeated its warning of the Irish State over-relying on corporate tax, and of needing to plan to finance measures relating to climate and an aging population.

It also called on the Department of Finance to produce five-year forecasts, as had been committed to previously, saying that three-year forecasts were too short.

The council has already called for the Government to publish an assessment of the fiscal implications on recommendations to reform tax and welfare payments.