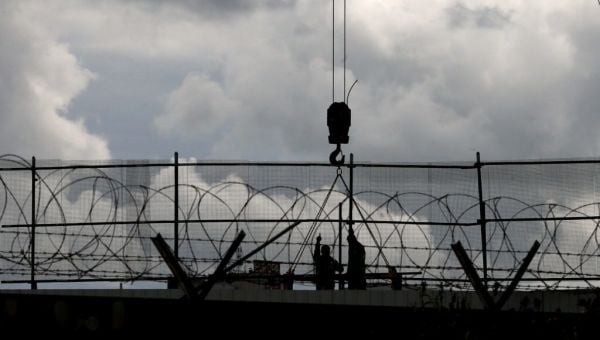 A minister from the UK’s Northern Ireland Office has revealed he has personally found controversial legislation to deal with the legacy of The Troubles “extremely challenging”.

The admission by Lord Caine regarding his own reservations came as he outlined a series of proposed changes to the Northern Ireland Troubles (Legacy and Reconciliation) Bill aimed at addressing the wave of concerns raised.

The proposed law would provide an effective amnesty for those suspected of killings during the conflict if they agree to co-operate with a new body, known as the Independent Commission for Reconciliation and Information Recovery (Icrir).

It has been almost universally opposed by parties across the political divide in Northern Ireland, as well as all victims groups.

The strong criticism of the contentious measures were echoed in the UK’s House of Lords, where there were calls to scrap the “shameful” Bill, which it was argued was an “affront to justice” and allow people “to get away with murder”.

The amendments announced by Lord Caine included confirmation the commission will be able to conduct criminal investigations and ensure individuals who deliberately mislead it can be prosecuted and have their immunity revoked.

Sentencing legislation would also be disapplied to those who choose not to tell the commission what they know and are then convicted of an offence, so they face a full, rather than a reduced, sentence, while the fine for non-compliance would also be increased.

Steps would also be taken to strengthen the commission’s independence.

Opening the second reading debate in the UK’s upper house, Lord Caine said: “I am the first to acknowledge that some of the proposals outlined in this Bill have met with far from universal acclamation in Northern Ireland itself.

Earlier he told peers: “More than two-thirds of Troubles-related cases are now over 40 years old and it is commonly accepted that the likelihood of prosecutions, regardless of resources, is extremely remote.

“The government has therefore taken the view that better outcomes for families are more likely to be achieved by a process of information recovery, acknowledgement and accountability.”

Unless it has the understanding and support of those who have a direct interest, it’s not going to make any difference

Labour leader in the Lords Baroness Smith of Basildon said: “Passing this bill, without significant amendment, might create a structure – it will establish a new commission – but unless it has the understanding and support of those who have a direct interest, it’s not going to make any difference.”

Raising his concerns, former Lord Chief Justice of England and Wales Lord Judge said: “We are being asked to legislate that men and women who are guilty of murder should be exempted from prosecution.

“If the bill is enacted in its present form, they will literally be getting away, or have got away, with murder.

“And they will have got away with some of the most deliberate and cold-blooded killings that we have known in this country.”

“Because in essence it is saying to victims and survivors of The Troubles in Northern Ireland that what happened to you and your loved ones no longer matters.

“And to the perpetrators of some of the most horrific crimes imaginable, that what you did no longer matters.

“What is set out in this Bill is utterly shameful and I cannot support it.”

He added: “The effect of this legislation would be to make some of the most heinous crimes simply disappear.

“It’s an insult to victims and survivors and an affront to the rule of law.

“I am flatly opposed to this Bill and given the opportunity will vote to kill it.”

He said: “The Ulster Unionist Party believe that those who broke the law should be held accountable to the law no matter who they are. Terrorists, police officers, soldiers, civilians or politicians.

“We have always opposed the idea of an amnesty.

“Victims and their families have a right to retain the hope that one day they may get justice even though they realise that with the passage of time that prospect becomes ever more difficult.”

Former SDLP leader Baroness Ritchie of Downpatrick said: “I honestly feel that this Bill should be scrapped and scrapped now.”