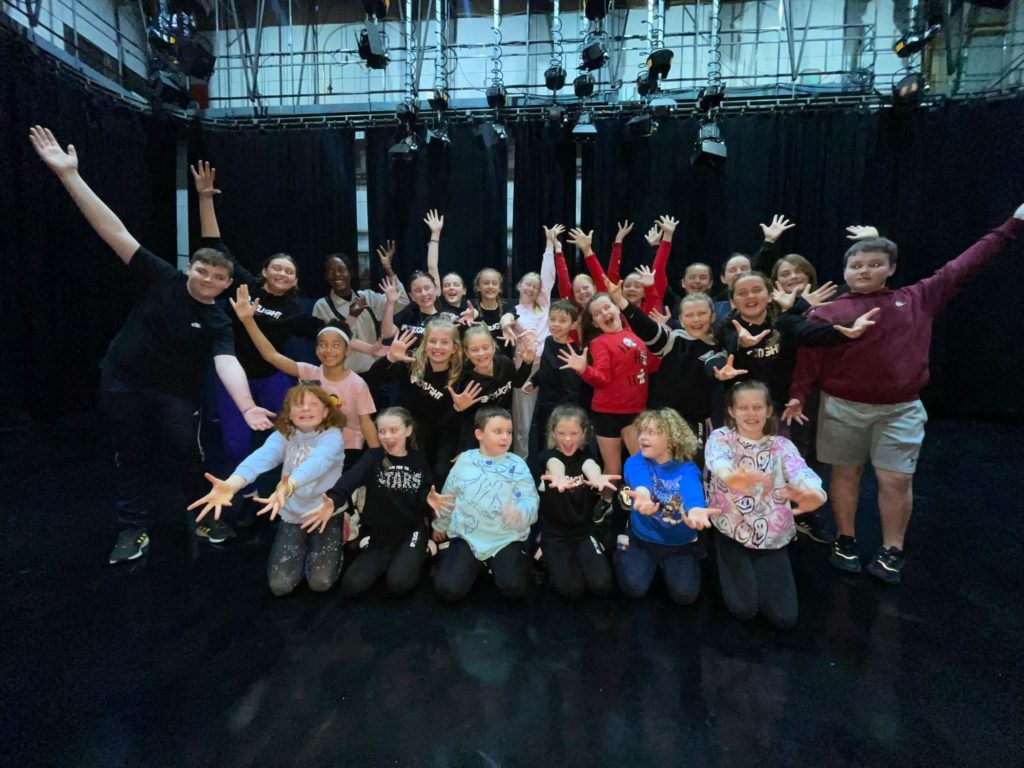 Children from Spotlight Stage School, Carlow in rehearsals on Monday in RTÉ for this Friday night’s Late Late Toy Show

JUST three more sleeps to the most magical event on Irish TV – the Late Late Toy Show – and talented Carlow kids are once again at the heart of it!

Spotlight Stage School, Carlow are once again performing in the opening and finale of the phenomenon that is the toy show, with upwards of 40 local children involved.

“We are pulling out all the stops this year to make it bigger and better than ever,” promised Stuart O’Connor of Spotlight Stage School and performance producer on the Late Late Toy Show. “We have more children than ever involved in the show this year and more interaction with Ryan (Tubridy). There are more really special moments to look forward to,” he added.

The Carlow children have been busily rehearsing for the Toy Show for weeks, including a huge tech rehearsal yesterday (Monday) in RTÉ with Ryan, and one final rehearsal on the set this Thursday before show day on Friday!

“From a Spotlight point of view, we have children aged from about six to 14 involved. They’re all so excited and really looking forward to it. There’s a great buzz and people are in for a real surprise at the start of the show, and there are a couple of really big ‘awh’ moments,” teased Stuart – without giving anything away!

Of course, the biggest secret of all is the theme of this year’s Toy Show – which children have been keeping tight-lipped about for weeks!

“The team chose the theme and began working on this last May, so as we move towards the date, the circle of trust gets bigger and bigger, but the children know how important it is to have the surprise, but very few people know,” said Stuart.

As well as all their work on the Toy Show, Spotlight Stage School is also busily working on a show that forms part of the Rathwood Santa Train and Christmas Experience.

“It’s the biggest Christmas show we’ve done … it’s a big, big show with video screens and a flying sleigh, performed in the big top at Rathwood. Ryan Andrews is directing the show and it’s quite magical; Rathwood has become one of those ‘must do’ things at Christmas, and every year we work to bring it up another notch,” he promised.

Spotlight children are also involved in this year’s Olympia Christmas panto Olly, Polly and the Beanstalk, which runs from 21 December to 8 January, and then Spotlight turns its attention to its big show this April, involving every child who attends the stage school.