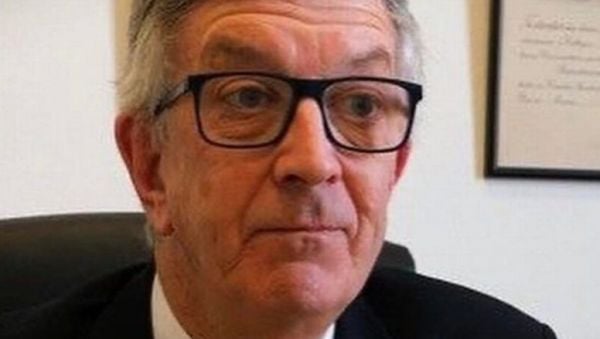 Mr Grogan’s viral social media videos were hugely popular, as he offered people advice on issues around employment, along with his catchphrase: ‘That’s the law, and that’s a fact.”

The simple advice was appreciated by thousands of followers, particularly on TikTok.

Tributes have poured in for Mr Grogan, who won Lawyer of the Year at the Irish Law Awards in 2022.

The Law Society said: “Richard was a tireless advocate, both in proceedings and in the public arena. We will miss his energy, humour, and deep commitment to the profession.”

Richard was a tireless advocate, both in proceedings and in the public arena. We will miss his energy, humour, and deep commitment to the profession. pic.twitter.com/VW3Ew02iYZ

Lawyers Against Homelessness wrote: “Remembering our esteemed and most generous colleague Richard Grogan who gave selflessly of his time, talent and genius to the homeless. Rest in peace Richard.”

One Twitter user wrote: “I’m so sorry to read this. I learned most of what I know about my employment rights from Richard Grogan’s TikToks. I imagine many others did too and I dare say not all of them are so young. What a lovely legacy to leave and a terrible loss. RIP.”

Another of the many tributes to Mr Grogan read: “Richard Grogan represented workers who often could not afford to take their cases otherwise. For employment rights to be effective, they must be accessible and he helped make them so.”

In an interview with BreakingNews.ie earlier this year, Mr Grogan said: “I’m asked about the phrase, ‘that’s the law and that’s a fact’, that came about on the Instagram because when I started you could do 30 or 60 seconds and I couldn’t do 30 seconds.

“With 60 seconds I had a gap at the end, so I said that’s the law and that’s a fact. It wasn’t some marketing guru who came up with it, it was just that I had to fill in five seconds and that’s where the catchphrase came from.

“A lot of professionals think they have to use big words and jargon, what we aim for is small words and no jargon.

“How I am on TikTok and Instagram is no different to how I would be talking to a client here in the office. We try to do it in very simple and straightforward language.

“Because of the nature of our work it is very important that things are explained in a clear and precise way, so there is no misunderstanding.”