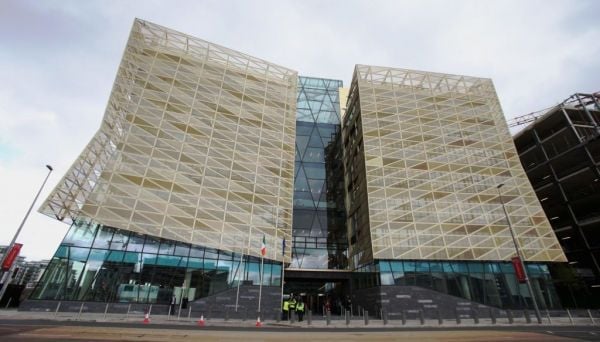 The Central Bank of Ireland has introduced a new leverage limit for property funds to address risks from a growing part of the financial sector.

The regulator will impose a limit of 60 per cent on the ratio of property funds’ total debt to their total assets.

It said funds should provide for a liquidity time frame of at least 12 months to protect against potential liquidity mismatches.

“These measures are being applied to ensure that investment funds are better able to absorb, rather than amplify, downturns in the commercial property market,” Central Bank governor Gabriel Makhlouf said in a statement.

“This will, in turn, better equip the sector to continue to serve as a sustainable source of financial intermediation.”

Property funds have become a key participant in Irish commercial real estate, holding €22.1 billion or around 35 per cent of the investible market, the bank said. They are also more highly leveraged than their European peers, it added.

“As we and other central banks take the necessary steps to bring inflation back to target, there are undoubtedly risks of further asset price falls and, more significantly, potential episodes of disruption in segments of global financial markets,” Mr Makhlouf said.

“The vulnerabilities accumulated during the period of low interest rates, along with the increasing interconnectedness of the modern financial system, means the full impact of shocks in this period of high volatility is hard to foresee with certainty,” said Mr Makhlouf, who is also a member of the European Central Bank’s governing council.

In this environment, global markets remain vulnerable to further shocks, which could be amplified by segments of the nonbank financial system where leverage or liquidity mismatches are higher, it said.

The Irish economy is facing increased downside risks given the size of the energy and inflation shock, with growing numbers of businesses expected to run losses, it said.

However, the central expectation for the economy and labour market remains for growth and a strong labour market into 2023, although subject to increased global risks.