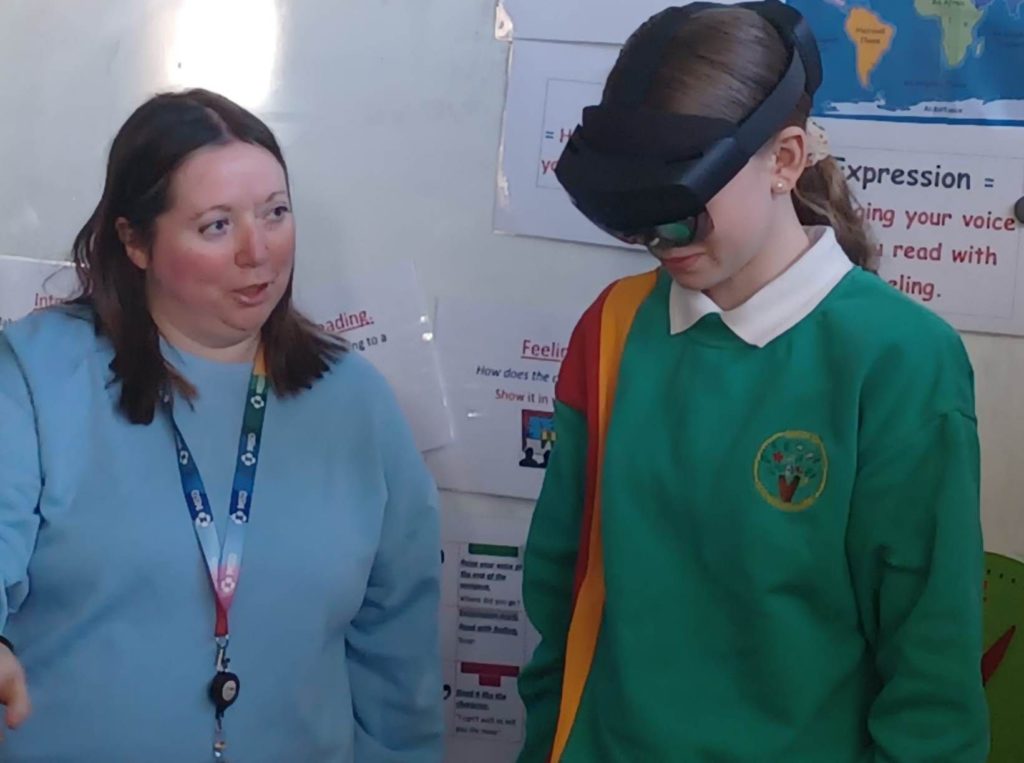 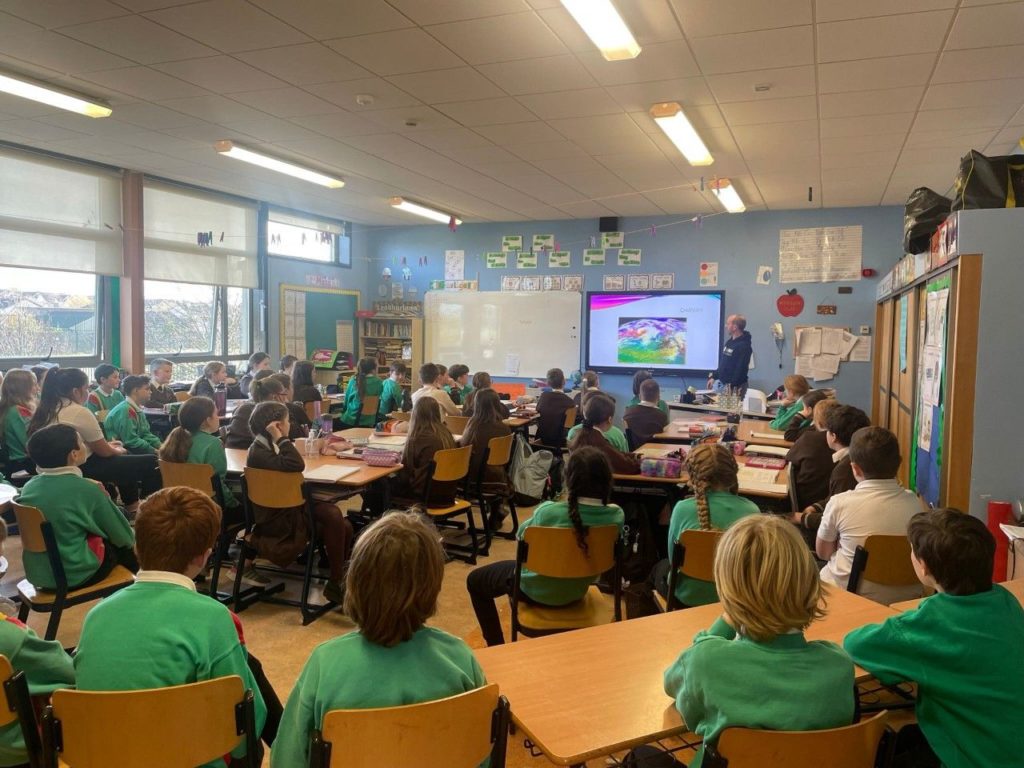 Alan O”Reilly, Carlow Weather giving a talk to fifth class in the Gaelscoil 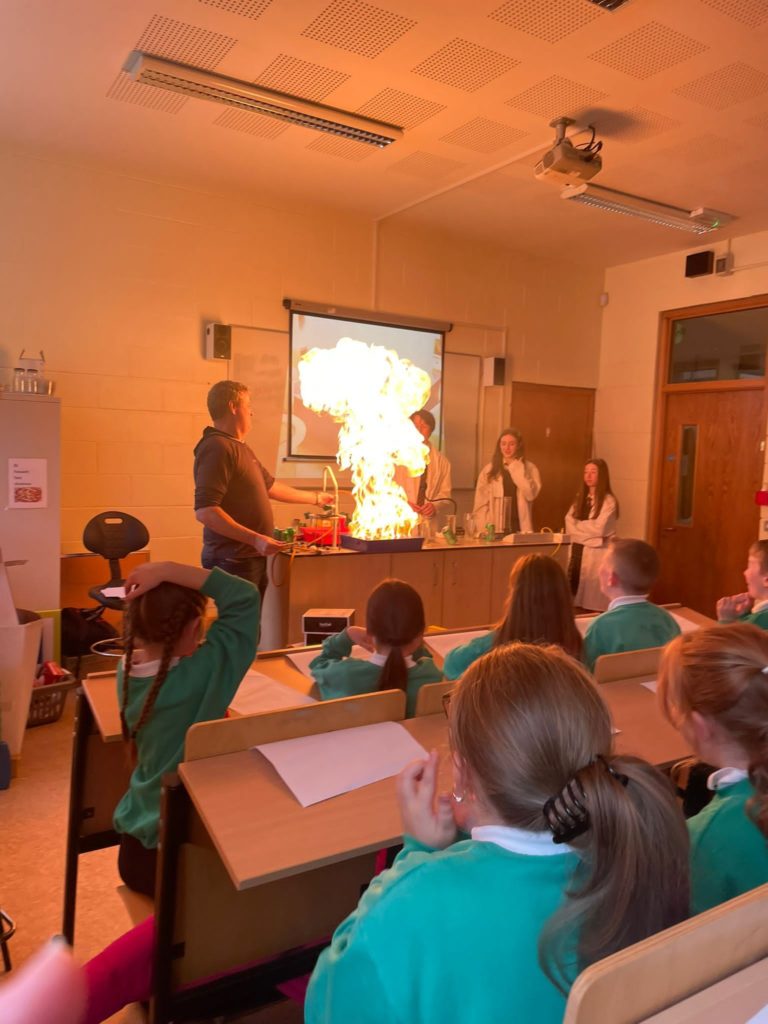 Science demonstration for the Gaelscoil children in the Gaelcholáiste, facilitated by An Máistir Ó Cinnéide

THE WONDER of science gripped pupils at Gaelscoil Eoghain Uí Thuairisic last week as they embraced all on offer during Science Week 2022.

Fifth-class pupils were treated to some fascinating workshops as part of Science Week, including a visit from Alan O’Reilly of Carlow Weather, who gave a great overview of weather forecasting and the science behind predicting our weather.

In a week where Ireland has been experiencing unseasonably warm temperatures and the G20 heads of state and government summit in Indonesia was focusing on global warming, Alan’s talk was particularly topical.

The children had lots of questions for Alan, and who knows but there may be a future meteorologist among them?

Meanwhile, Karen de Brún, a past pupil of the Gaelscoil and now a parent, and Patricia Coman from MSD Carlow intrigued sixth-class students with an insight into what the company does, both in Carlow and elsewhere.

Fourth- and fifth-class students were invited to the science lab in the Gaelcholáiste, where Máistir Ó Cinnéide and his students conducted several experiments with the help of Gaelscoil children.

The most spectacular one involved creating oxygen bubbles in soapy water and seeing the máistir them set alight to the delight of the audience. As well as the visits, the senior classes took part in a monster Science Week table quiz.

There were experiments galore in each individual classroom, too. The younger children enjoyed activities like creating ‘dancing raisins’ and using sweets to demonstrate chromatography.

There were rockets, aerodynamic paper planes and helicopters, exploring how plants absorb nutrients, creating boats, examining which items can sink and float, ‘Amazing Triangles’ created with pasta and much more.

The theme of this year’s Science Week was ‘Infinite possibilities’ and the Gaelscoil children certainly got to see a wide range of those possibilities.