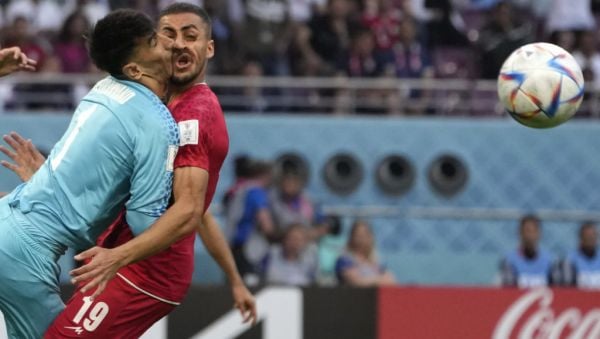 Iran have been told they should not play goalkeeper Alireza Beiranvand in their match against Wales after he suffered a concussion against England.

Beiranvand collided face first with team-mate Majid Hosseini and was in need of treatment for several minutes. Incredibly, he was allowed to briefly continue before leaving the field on a stretcher.

The PA news agency understands Fifa has been in daily contact with the Iranian federation since the injury and have told them that they should follow the concussion protocol and not allow Beiranvand to play.

Iran’s team doctor has the final say, but Fifa is taking the matter extremely seriously and has stressed to the federation in the strongest terms that he should not play.

Brain injury charity Headway said it was “an utter disgrace” that Beiranvand had been allowed to play on against England.