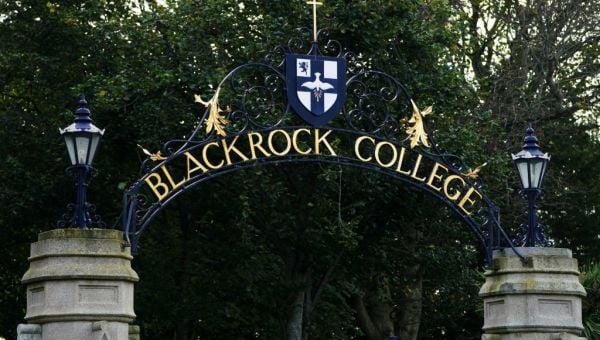 The “appalling acts” of alleged child abuse at Spiritan schools merit a “serious response”, the Minister for Education has said.

Norma Foley said the Government “owes” it to the survivors of abuse to hold the “right” inquiry into the historical abuse.

Earlier this week, Ms Foley held meetings with former pupils of Spiritan schools, including Dublin’s prestigious Blackrock College, after an RTÉ radio documentary revealed €5 million in settlements towards abuse and supports services had been paid out by the religious order since 2004.

The Spiritan Congregation, formerly the Holy Ghost Fathers, gave a public apology to victims last week, and announced that an independent group would engage with survivors of abuse at schools and institutions decades ago.

At least 233 men have made allegations of abuse against 77 priests from the Spiritans.

The Kerry TD told the Dáil on Thursday, during statements about abuse at educational institutions, that further discussions would be held with survivors to arrive at a “general consensus for the most appropriate way forward” and determine the “final shape” of any inquiry.

“The recent revelations of abuse in certain schools are both repulsive and shocking,” she said.

“These appalling acts merit a serious response. And I and my Government colleagues are working to ensure that such a response will indeed be provided.”

She added: “The Government owes it to the survivors to ensure that any process of inquiry is the right one, and will deliver the best outcomes and the outcomes that they feel are most important.

“In order to ensure that any such response will indeed be effective and survivor-led, it is important at this stage to carefully consider the range of options open to achieve these outcomes … There is no doubt, but a significant body of work lies ahead.”

Children’s Minister Roderic O’Gorman said he was “deeply shocked” to hear the harrowing accusations about children being abused in Blackrock College between the 1960s and the 1980s.

“I really want to commend all those who have come forward and their bravery in terms of coming forward,” he said, adding that by doing so it had hopefully “opened the way” for others to do the same.

“Once one person comes forward it makes it that tiny, tiny bit easier for the next person to come forward,” he said.

“And that bravery needs to be acknowledged.”

Mr O’Gorman told the Dáil that “significant” progress had been made by successive governments to strengthen provision to protect children in Ireland in the past 25 years.

“This programme of reform was embarked upon, partly to address past failings,” he said.

But he warned people against becoming “complacent” about child safety.

“We cannot afford to become complacent when it comes to child safeguarding,” he said.

“Nor can we assume that is the sole responsibility of mandated persons or experts.

“It’s everybody’s responsibility to protect children and young people and to do our best to keep them safe.”

Sinn Féin TD Donnchadh O Laoghaire said the entire nation was “shocked and disgusted” but “not surprised” by the “horrific abuse”.

“The price these young boys paid is absolutely enormous,” he said.

“The price they had no responsibility for, nothing they could do about it. They were abused in the most horrific way, the most violent way, in the most disgusting way. The impact it had, that trauma, spilled into the rest of their lives.”

He paid tribute to the men who had come forward as he called for an inquiry to be held.

“It is clear the State needs to address this,” he said, adding it was “vitally” important that the gardai were at the heart of any response.

The Cork South-Central TD suggested an independent inquiry similar to the Scally inquiry into the CervicalCheck scandal could be a “good model” given its flexibility and its ability to come to conclusions.

He added: “This can’t just stop at us expressing our horror and disgust … It needs to be followed right to its conclusion.”

Labour leader Ivana Bacik commended the “immense courage” of the men who had disclosed their stories of abuse at Blackrock College and five other schools.

“I want to acknowledge the horror of the abuse perpetrated upon children in this way,” she said.

“I want to acknowledge the immense harm caused to survivors to their families and communities as a result, and indeed to stress the importance that gardai should continue to investigate where alleged perpetrators are still alive.”

She said: “We cannot continue with this piecemeal approach towards justice for victims of clerical abuse. We have clear obligations as a State to be proactive on covering human rights abuses and the provision of redress and we’re failing.

“We need a permanent investigation not just for this issue, but for you know as an approach, with full powers, legal powers to investigate these matters and others in the public interest.”

Laoghaire TD Jennifer Carroll MacNeill, the constituency in which Blackrock College is located, expressed her “deepest concern and sympathies” to survivors of abuse.

“It seems to me that most of the community, most of the broader school community genuinely didn’t know and are coming to terms with the fact that this happened, perhaps even while they were there, that they’re only understanding now the real pain that their peers went through,” she said.