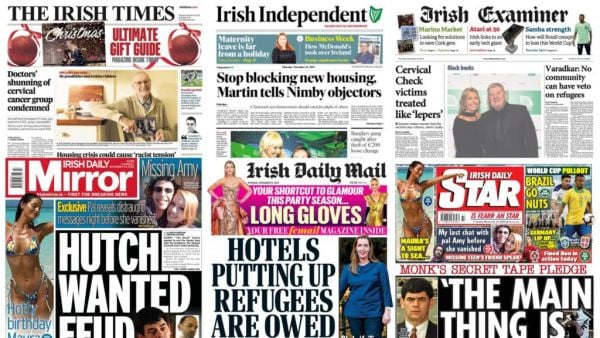 The front pages on Thursday feature local objections to housing, hotels owed millions by the State, and women treated like “lepers” by their doctors.

The Irish Times and the Irish Examiner both cover the final progress report on the CervicalCheck controversy.

The Examiner reports that women impacted by the controversy are being treated like “lepers” and are being refused medical appointments because they are members of a campaign group. 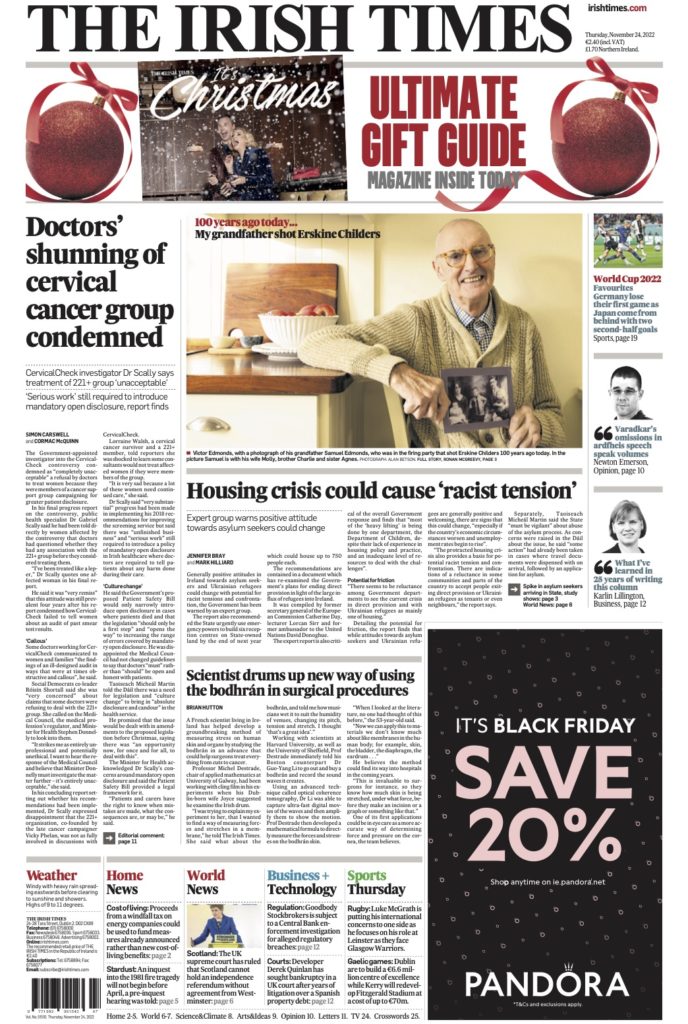 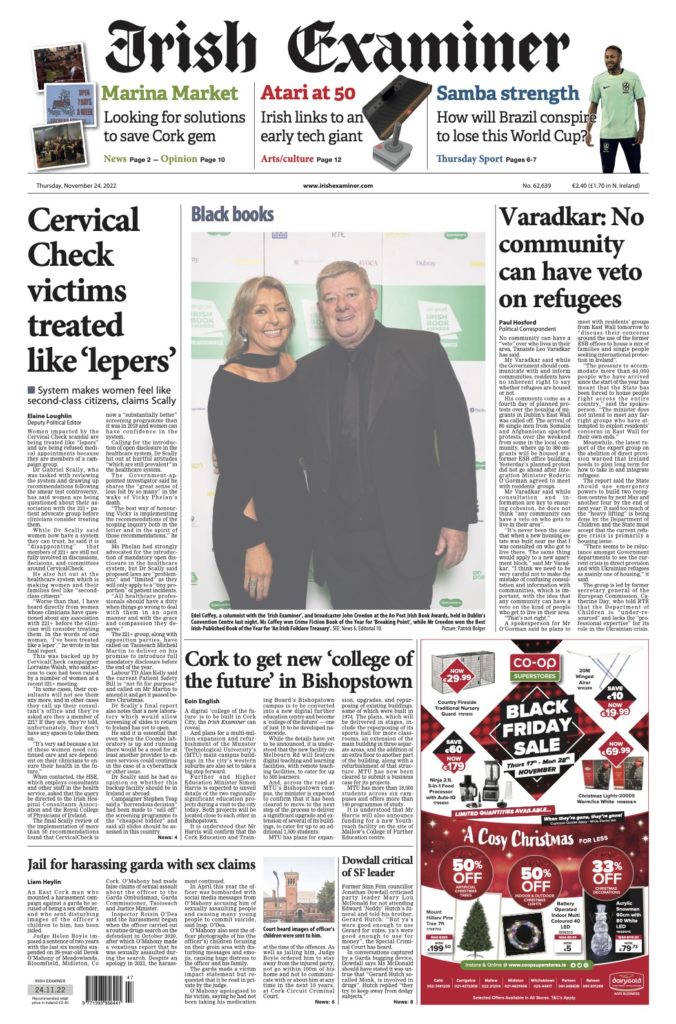 Taoiseach Micheál Martin has urged homeowners to consider the plight of those seeking to get their foot on the property ladder before objecting to new developments, the Irish Independent reports. 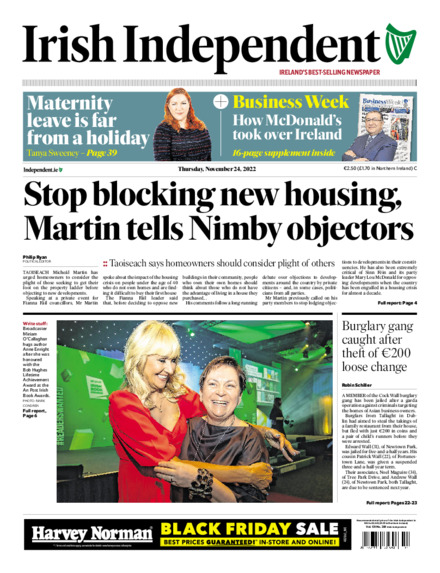 The Irish Daily Mail says hotels across the country are owed millions from the State for housing refugees. 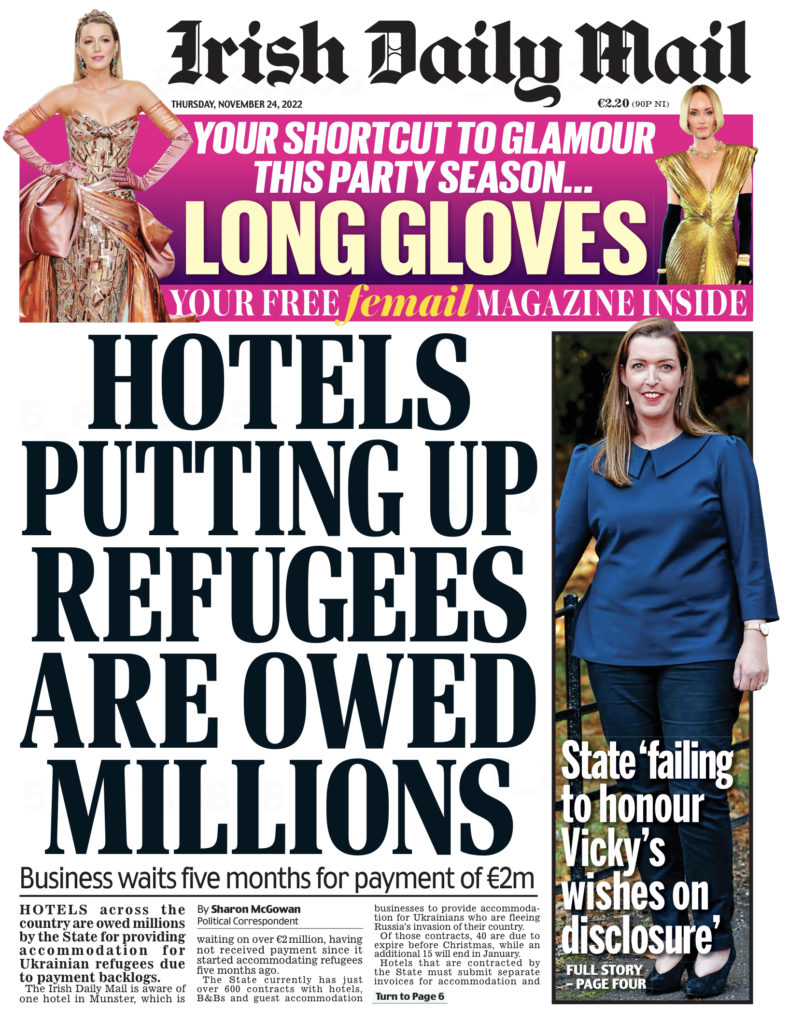 The Irish Daily Mirror and Irish Daily Star have the latest on the trial of Gerry Hutch at the Special Criminal Court. 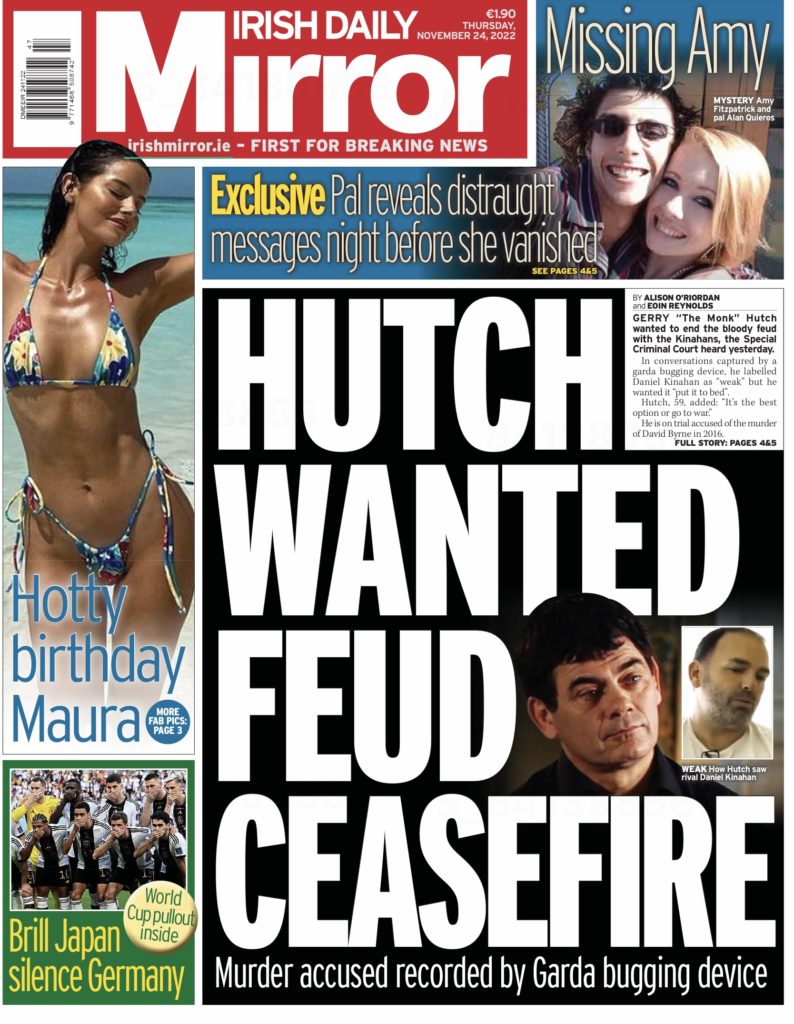 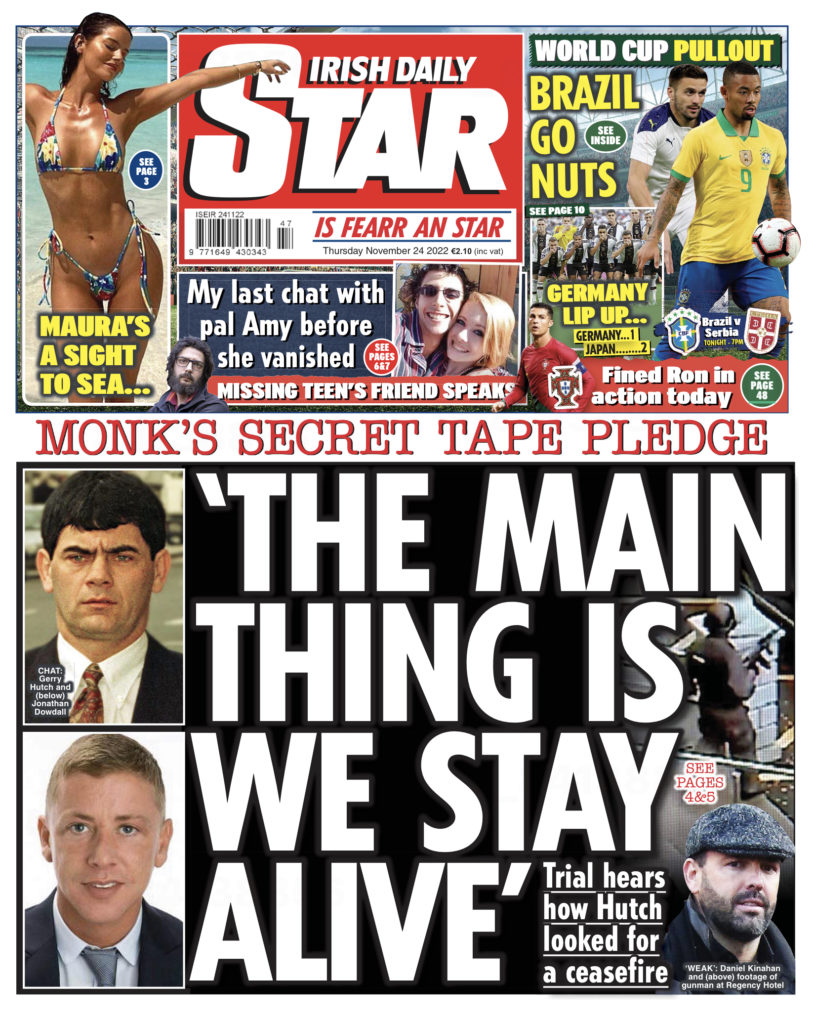 The Belfast Telegraph reports that a record 14 people are facing a legal sanction over the 2019 collapse of Wrightbus. 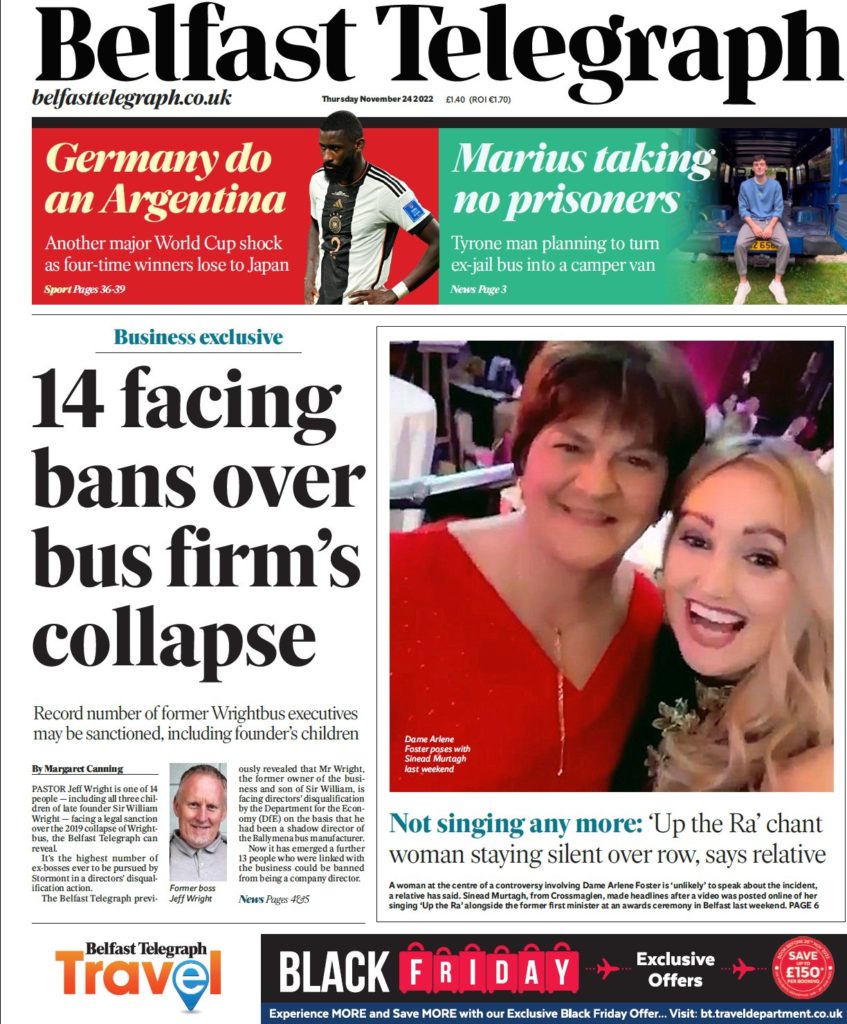 The British front pages feature pressure on the UK government, huge numbers of parking tickets and trouble at the Coastguard.

The Daily Mirror says the UK’s biggest fraud sting has brought down a phone number spoofing site used by criminals to scam thousands of victims out of millions of pounds.

Documents seen by The Guardian indicate Tory peer Michelle Mone and her children secretly received £29 million (€33.5 million) from the profits of a PPE firm awarded large government contracts after she recommended it to ministers.

Rishi Sunak faces pressure from businesses and unions to scrap his planned “bonfire of EU rules”, says the Financial Times.

The Daily Telegraph reports GP practices could be named and shamed as new league tables are set to show the surgeries offering the least number of appointments.

The Independent has been briefed that overstretched Coastguard staff working up to 20 hours per day made mistakes during the response to a mass drowning tragedy in the English Channel one year ago today.

The first drug proven to slow dementia could be available in the UK next year, reports the Daily Express.

The Daily Mail says motorists are being hit with a record 30,000 parking tickets per day.

The British government will soon begin a £25 million public information campaign to show people how to reduce energy consumption, according to The Times.

THE TIMES: Britons told how to save energy #TomorrowsPapersToday pic.twitter.com/tyEyRLQadQ

TV presenter Jonnie Irwin claims in The Sun that A Place In The Sun axed him when he revealed his terminal cancer diagnosis.

On tomorrow’s front page: ‘Place In The Sun axed me after I got cancer,’ says distraught presenter Jonnie Irwinhttps://t.co/OBYNjCfeI7 pic.twitter.com/6WaI6otloC

And the Daily Star asks “how do you spell schadenfreude” after Germany’s 2-1 World Cup loss to Japan.

Thursday’s front page: Sincere condolences to our friends the Germans in your hour of need.#TomorrowsPapersToday https://t.co/fL4XvR1g6w pic.twitter.com/sPy4sSUnTK