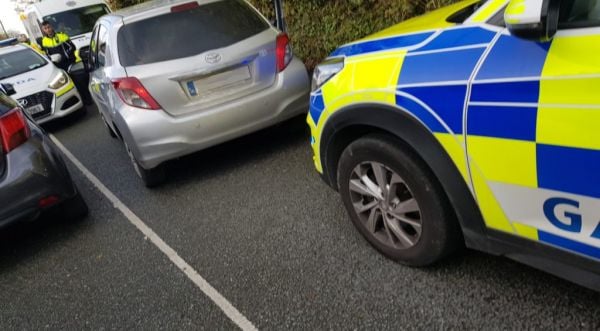 Gardaí said that the driver was travelling home after appearing in court earlier that day.

The Commerical Vehicle Unit intercepted the vehicle and arrested the driver again, the force tweeted.

From the images published by gardaí, it appears that the key barrel had been removed from the car.

The driver was on their way home from a court appearance that same day. 🤦‍♂️