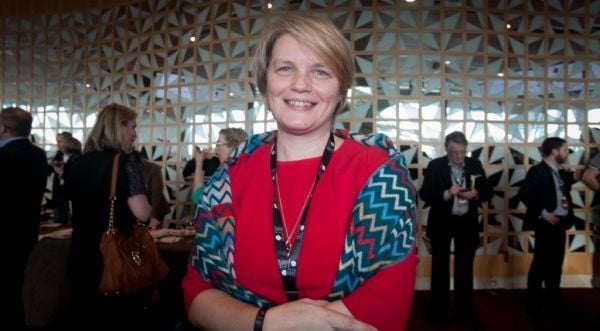 An Irish-based senior executive with Twitter has secured a temporary High Court injunction preventing the social networking giant from terminating her employment.

The order was secured by Sinead McSweeney, who is Twitter’s Global Vice President for Public Policy.

She claims that by not responding to a generic and vague e-mail sent to all of Twitter employees by its owner multi-billionaire Elon Musk earlier this month, she has been treated as if she is no longer employed by the company.

She claims that while the company informed her that she had accepted an exit package. Ms McSweeneny says she did not resign.

She has been locked out of Twitter’s Dublin office and its internal IT systems, including her company email account.

The court heard that solicitors’ letters on her behalf were sent to the company Twitter’s lawyers acknowledged to her that she had no intention to resign, confirmed that her commitment to her work “had never been questioned”, that said her access to the IT systems would be restored.

Ms McSweeney, however, says that while that communication was welcome, she is concerned about her job because of the “mixed messages” she had been getting from both Mr Musk himself and his senior US-based associates since the company taken over.

She says that despite the communication from the company she remains locked out of both the IT systems and Twitter’s Dublin office.

She was also unable to attend a scheduled meeting at the Dublin office, as she was unable to access the building, leaving her embarrassed, humiliated and upset.

She claims that she is currently “unable to work”, and now fears that the company has “resigned me” contrary to the terms of her employment.

She claims that despite her contractual entitlements the defendant cannot be trusted.

Mr Musk, she claims, has since the takeover has been running the company “in an unorthodox manner” and has been rehiring and firing “with no apparent logic” in a manner she claims is unlawful.

The injunction, which was granted on an ex-parte basis, also restrains Twitter from applying the terms of an email sent to her on November 16th last by Elon Musk, to her contract or condition of employment,

She further secured an order restraining Twitter from communicating to any third party or publishing any information to convey that her employment with the company has been in any way altered since November 15th last.

The orders are to remain in place until further order of the court.

Mr Justice O’Moore said that based on the information put before the court, he was satisfied to make the temporary injunction sought.

The judge noted that it is Ms McSweeney’s case that despite the correspondence from Twitter’s lawyers, she now finds herself in “no man’s land” in relation to her employment.

The judge said that he was not satisfied at this stage of the proceedings to make an order directing Twitter to reinstate her to her role, so she could get access to Twitter’s officers and IT systems, as such an order was mandatory in nature.

Represented by Frank Beatty SC, instructed by solicitor Adrian Twomey, Ms McSweeney said while she had no difficulty “putting my shoulder to the wheel” during a hectic period for Twitter, she said work has become difficult since the takeover.

In a sworn statement to the court Ms McSweeney said that she had often worked over the 40 hours per week as required under her contract.

Since Twitter’s takeover she said her workload has significantly increased to over 75 hours a week because many Twitter employed have been summarily dismissed.

Ms McSweeney said she is a widow, and the mother of a teenage son.

She said in her statement that she has held discussions with Mr Musk himself and some of his senior associates about the company’s future and, in particular about cost reduction, reducing members of staff in her section as well as elsewhere in the company.

She said while cuts were sought in her area of responsibility, she had a telephone conversation with Elon Musk on November 13th last where she claims he said that any excellent staff who had been let go should be reinstated.

She said he added that the criteria for re-instatement was “that the individual was excellent, performing a critical role” and was “not negative”.

She said “he accepted that people could be talented but might impact the team negatively and he stated that he did not want assholes”.

She said in her statement that she was “temporarily reassured” by what Mr Musk said but said two days later she was informed by an email on behalf of an associate of Mr Musk that a decision had been taken to reduce the size of the Twitters Public Policy Team by 20 per cent.

In the email sent by Mr Musk on November 16th last the billionaire said that, “Going forward, to build a breakthrough Twitter 2.0 and succeed in an increasing competitive world we will need to be extremely hardcore.

“This will mean working long hours at high intensity. Only exceptional performance will constitute a passing grade.”

Twitter will also be much more engineering driven, design and product management will still be very important and report to me, but those writing great code will constitute the majority of our and have the greatest sway. At is heart Twitter is a software and server’s company, so I think this makes sense.

The email asked employees if “you are sure that you want to be part of the new Twitter please click yes on the link provided.”

“Anyone who had not done so” by November 17th “will receive three months of severance.

“Whatever decision you make thank you for your efforts to make Twitter successful,” the message concluded.

She claims that arising out of the email she and other employees were offered “exit packages” based on which location they were based.

Due to the lack of clarity over several issues concerning her contract of employment, which were of concern to her and other workers, Ms McSweeney said that she did not click “Yes”.

She said that the exit package did not meet her contractual entitlements, and for those who wished to remain with Twitter the terms and conditions in relation to what Mr Musk expected of them was not set out in the document.

She said that Mr Musk said that he expected staff to work from the office, so employees can “do their jobs at the highest level” and during normal office working hours.

She had no problem with working hard hours but was not prepared to commit to an indeterminable expectation where she said information about changes to her benefits had not been given.

She said that she discovered on November 18th that she had been locked out of Twitter’s IT system and got an email to her personal account acknowledging her “voluntary resignation” and had agreed to her severance.

She claims that she is being treated as if she has left the company, and remains locked out.

This, it is claimed has left her no choice other than to seek an injunction.

The matter will return before the court’s next week.