Homeless figures rise to over 11,300 in another record high 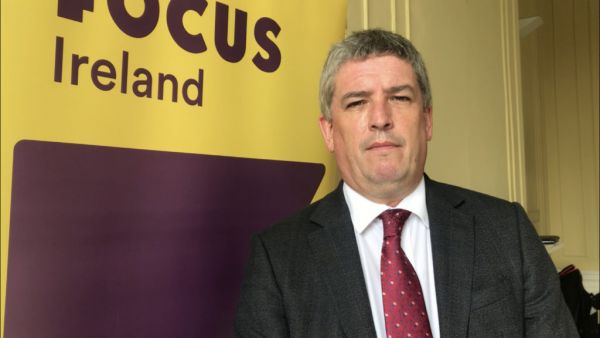 Nearly 11,397 people were recorded as homeless in Ireland last month, according to the Government’s official tally.

It marks the fourth consecutive month where the Department of Housing’s figures have increased to a record high.

There was an increase of 422 people in one month to October, from 10,975 people recorded as homeless in September.

Housing charity Focus Ireland said the figures represented a 29% rise of the number of people homeless in 12 months, up from 8,830 people recorded as homeless in October last year.

Focus Ireland and other housing charities have also argued that the Government’s official figures are not a completely accurate portrayal of how many people are homeless across the country.

“From the ground, we know that in many nights, people present to Parkgate Street as homeless, and are denied accommodation that night,” Focus Ireland’s campaign coordinator Louise Bayliss said this month.

“If they don’t get accommodation, they are not registered.

“Only people who got access to emergency accommodation are registered in the figures. So the figures are definitely way under what they really are.”

She added that women and children in domestic refuges, people in direct provision and people who are couch-surfing are also not included in the figures.

Focus Ireland chief executive Pat Dennigan said the figures were “shameful”, and said that homelessness was not inevitable.

“It is not a natural phenomenon, it is the result of bad policies and can be ended, over time, with better policies delivered with urgency.

“However, the failure of successive governments has led to a crisis where nearly 3,500 children will spend Christmas in emergency accommodation.

“Too many of these children were born into homelessness this year and will spend their first ever Christmas in this world as homeless. Words cannot properly express how morally wrong it is that this is happening.”

The new record high comes as the Government’s winter eviction ban takes effect this month; it means that any notices to quit served between now and March will not take effect until April.

The aim of this policy plan is to prevent people from becoming homeless as rents soar and accommodation is scarce.

A Raise the Roof housing rally is due to take place at 1pm this Saturday, where musicians including Glen Hansard and Lisa O’Neill will perform as part of the demonstration.