Stardust inquest challenge parties must bear their own legal costs 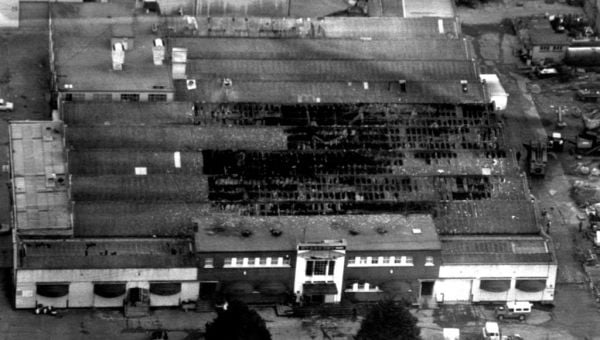 The High Court has ruled all parties should bear their own legal costs in the failed challenge by former Stardust manager Eamonn Butterly to a fresh inquest over the 1981 nightclub fire which claimed 48 lives.

Mr Justice Charles Meenan said the court’s decision that it is open to a coroner to return a verdict of unlawful killing was a ruling on a matter of important public interest. There should therefore be no order as to costs, meaning all parties pay their own.

Earlier this month, the judge rejected Mr Butterly’s claim that the new inquest could not make a finding of unlawful killing.

A coroner could do so but this can only be in “appropriate circumstances” and only where no person(s) is identified or identifiable, he said.

Mr Butterly had sought to prevent Dublin City Coroner Myra Cullinane from conducting the inquest in a way in which he believed would make him “a target for a verdict of unlawful killing”.

The coroner, the Minister for Justice and the Attorney General, opposed the application while the families of the deceased, the Garda Commissioner and Dublin City Council were notice parties.

Mr Justice Meenan was satisfied the ruling by Ms Cullinane last February that a verdict of unlawful killing could not be ruled out at that stage was correct in law.

Ms Cullinane’s grounds for doing so included that she could give appropriate directions to the jury and that it would be open to legal teams of all interested parties to make any necessary submissions as to what directions should be given.

On Friday, following submissions from the various parties on the question of costs, Mr Justice Meenan said he wanted to give his decision on costs immediately as he was very conscious of not holding up the inquest any longer, although he noted it will not now start until April.

“Any further delay cannot be put at the door of this court”, he said.

The traditional rule has been, and is now incorporated into law, that “costs follow the event” meaning the entirely successful party ought to be awarded all costs, he said.

However, the court still retains a discretion in relation to costs including whether the legal issues involved were novel and/or of public importance.

He was satisfied these proceedings raised a matter of public importance, although the legal principles were not novel. He believed Mr Butterly had both an arguable case, and he also had substantial grounds for doing so.

While Mr Butterly had not been successful, the decision in this case is of benefit to all parties and he therefore made no order as to costs. He also formally dismissed Mr Butterly’s case.

The Stardust families are entitled to free legal aid for the new inquest while Mr Butterly, who is an “interested party” rather than a participant, is not entitled to it and must pay for his own lawyers.