The top 10 players at the World Cup so far 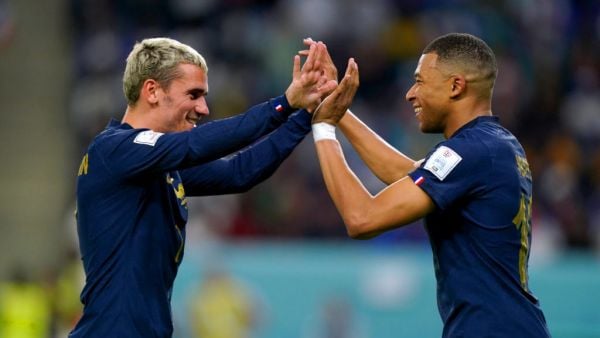 There were a number of big shocks during the first round of games at the 2022 World Cup. Saudi Arabia pulled off one of the greatest upsets against Argentina winning 2-1, while Japan put on a stunning second half display to beat Germany.

Here are the top ten players according Sofascore’s player ratings:

France’s Antoine Griezmann got a 9.00 rating during his country’s win over Australia. Despite not having a goal or assist, he had a total of 88 touches, six key passes and contributed to four big chances.

It is no surprise that France’s talisman had such a big impact in their opening game.

Ecuador’s captain Ener Valenica had the second-highest rating at 8.7, scoring two goals against host Qatar in a dominant display.

Arsenal and England starlet Bukayo Saka comes in third with a rating of 8.5 after scoring two goals in a 6-2 thrashing of Iran.

France midfielder Adrien Rabiot and striker Olivier Giroud come in at four and five with a rating of 8.5 and 8.4 respectively. Rabiot got a goal and assist while Giroud was on the end of two goals against Australia.

Brazil’s Richarlison comes in just behind the French striker after his two goals against Serbia last night. A stunning volley from the Spurs striker means his goal tally for the national team is now 19 since 2018. 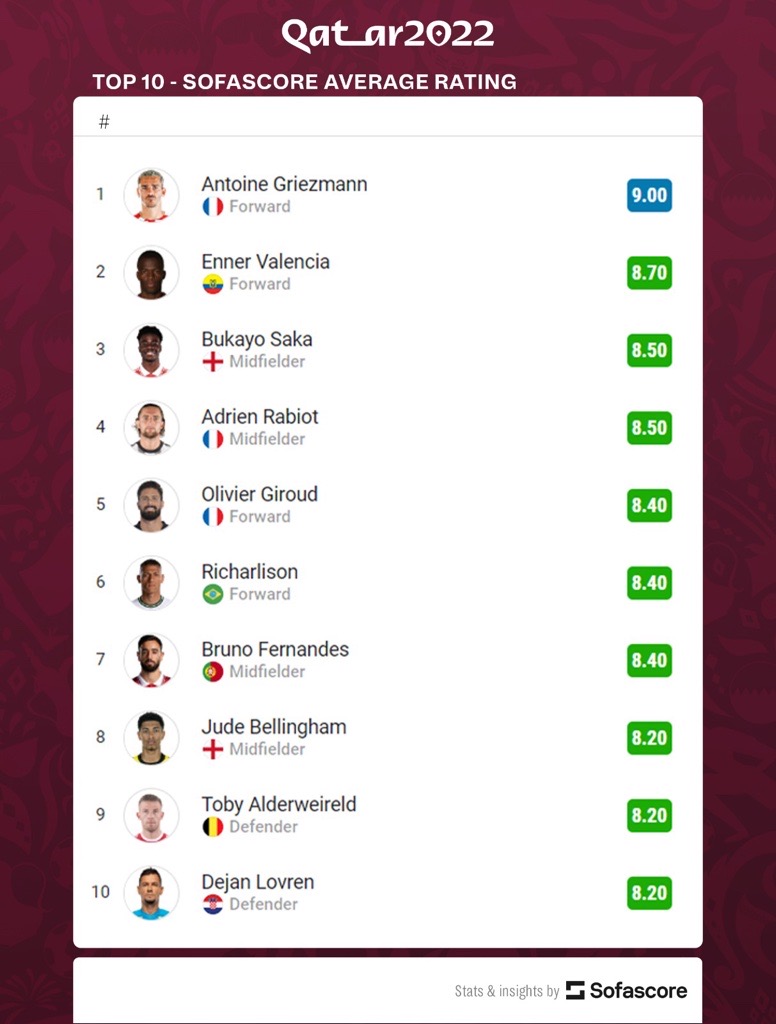