What’s on the box: This weekend’s televised sport 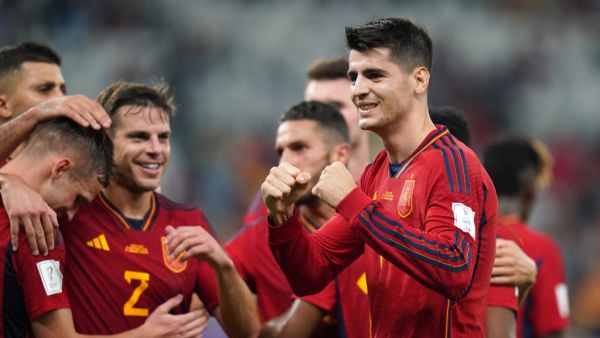 The World Cup rolls on this weekend after a first round fixtures saw major upsets with both Argentina and Germany losing their opening games. The biggest game of the weekend sees Group E powerhouses Spain and Germany face off as they battle to top the group.

The United Rugby Championship returns this weekend after a successful Autumn Nations Series for Ireland with three wins from three. The GAA club championship also reaches the semi-final stage in Ulster, Munster, Leinster and Connacht.

Rónan Kelleher makes his first appearance since September, as Harry Byrne could make his season debut from the bench#LEIvGLA #FromTheGroundUp pic.twitter.com/ywOizDkwFH

Only 4 days to the Ulster Senior Football Semi final! Cargin v Glen at O’Neill’s Healy Park on Sunday 27th November at 1:30pm. Reminder tickets must be purchased online and in selected stores in advance. No cash sales at the venue. 🇳🇬🇳🇬🇳🇬 pic.twitter.com/8iwHznifMU